Another slow start for Roger Federer

Djokovic, winner of four of the past five Slam titles and 16 in all, was treated for a sore left shoulder throughout his 6-4, 7-6 (7/3), 6-1 victory over Argentina's 56th-ranked Juan Ignacio Londero.
Agencies 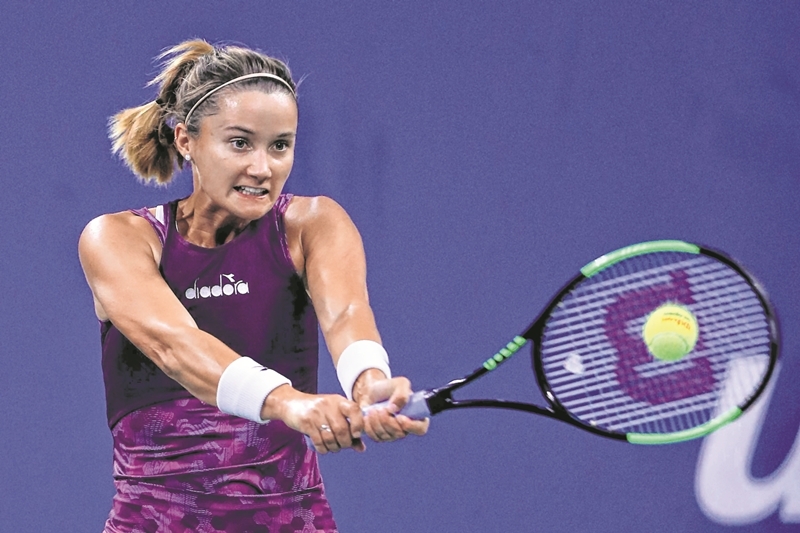 New York: Top-ranked defending champion Novak Djokovic fought through shoulder pain to reach the third round of the rain-hit US Open on Wednesday while Roger Federer shook off another slow start to advance.

Djokovic, winner of four of the past five Slam titles and 16 in all, was treated for a sore left shoulder throughout his 6-4, 7-6 (7/3), 6-1 victory over Argentina's 56th-ranked Juan Ignacio Londero.

Djokovic next faces 27th-seeded Serbian compatriot Dusan Lajovic or American Denis Kudla, but the injury casts grave doubts on his bid to be the first US Open repeat winner since Federer won from 2004-2008.

"This is something I've been carrying for quite a while now," Djokovic said. "It wasn't easy to play with the pain, but you have to hope you will get some opportunities and some lucky shots.

"It's not the first time I'm facing this kind of adversity or challenge. It is what it is and I'm just grateful to be on the court." Djokovic won't play again until Friday and until then, "I'll probably freeze my arm for 48 hours, not do anything with it and see what happens."

The 38-year-old Swiss third seed, who also dropped the first set against Indian qualifier Sumit Nagal in his opener, answered the wake-up call after conceding the first set with 17 unforced errors.

Only 10 of 32 singles matches were played as rain wiped out play except in enclosed stadiums, with Russian fifth seed Daniil Medvedev and three-time Grand Slam champion Stan Wawrinka among those postponed to Thursday.

Serbian star Djokovic broke on an errant Londero forehand to close the first set, then was broken twice in falling behind 3-0 in the second set only to win the next five games.

"Somehow I managed to find my way back," Djokovic said. Londero broke him, held at love and forced a tie-breaker, but Djokovic won five of the last six points thanks to Londero errors and then dominated the final set.

Nishikori, who could face Federer in the quarter-finals, stumbled after seizing a 5-1 edge in the final set and needed five match points to win.