Anderson rewrites record: Becomes the second pacer after Hadlee to become the most five-wicket hauls in the longer version of the gameTest cricket 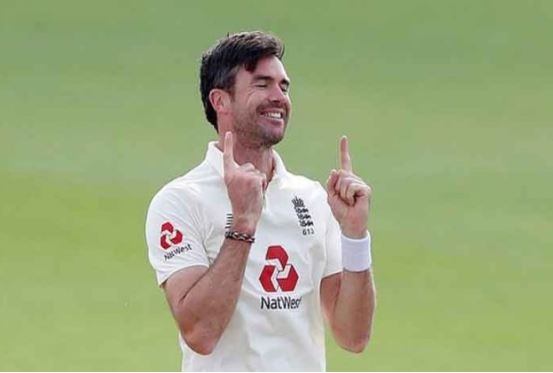 England pacer James Anderson on Saturday became the second fast bowler after the great Richard Hadlee to take 30 fifers in Test cricket. While the Englishman is the second pacer, he is sixth on the overall list.

Anderson achieved the feat in the ongoing second Test against Sri Lanka at the Galle International Stadium.

He also became the oldest quick to take a five-for in the sub-continent, surpassing New Zealand great Richard Hadlee who achieved the feat at 37 years of age.

The pacer denied Sri Lanka batsman Niroshan Dickwella his maiden Test century to reach the milestone and also leapfrogged former Australian pacer Glenn McGrath who had 29 five-wicket hauls in the longest format of the game.

The England pacer now has 606 wickets in the longest format of the game. Anderson is the first pacer in the history of Test cricket to scalp 600 wickets and is also the fourth-highest wicket-taker. The 38-year-old is only behind Muttiah Muralitharan (800), Shane Warne (708), and Anil Kumble (619).

Meanwhile, in the ongoing second Test, Anderson and Mark Wood snatched the advantage Sri Lanka had gained on the back of Angelo Mathews' century. But the hosts have at least held onto the game after being two down for seven runs on Friday.

In the first session of day two, after losing early wickets, Dickwella and Dilruwan Perera came together to put on an unbeaten 70-run partnership for the 7th wicket and drove Sri Lanka past the 300-run mark.