World No 5 Rafael Nadal clinched his 14th French Open title and a record-extending 22nd Grand Slam trophy after beating Casper Ruud 6-3, 6-3, 6-0 in the final of the tournament in Paris on Sunday.

"To go out there and win a record 14th @rolandgarros & 22nd Grand Slam at the age of 36 is an incredible achievement. Congratulations @RafaelNadal!," Sachin Tendulkar wrote on Twitter.

Former India coach Ravi Shastri termed Nadal as a modern-day 'Hercules' while Virendra Sehwag said that the Spaniard is the 'King of Clay'.

"A modern-day Hercules who just will not melt in the hottest Claypot. Starts favourite to make it 15 only. Just insane. Salute forever @RafaelNadal @rolandgarros #Nadal #FrenchOpen," he said.

"King of clay. What a Champion. NADAL, Number 14 at #RolandGarros," Sehwag said.

"Congratulations on this historic feat, @RafaelNadal. It's an honour being able to enjoy a great madridista and honorary club member as the best tennis player of all-time. Congratulations on your 22nd Grand Slam, your 14th @rolandgarros title, without doubt a magic number in 2022."

By earning a 22nd Grand Slam crown, the Spaniard has moved further clear of Novak Djokovic and Roger Federer in the Grand Slam race, with the Serbian and Swiss tied on 20 major titles.

It is the first time Nadal has won the Australian Open and Roland Garros trophies in the same season and he is now level with countryman Carlos Alcaraz on a Tour-leading four titles in 2022 after improving to 112-3 at the clay-court major. 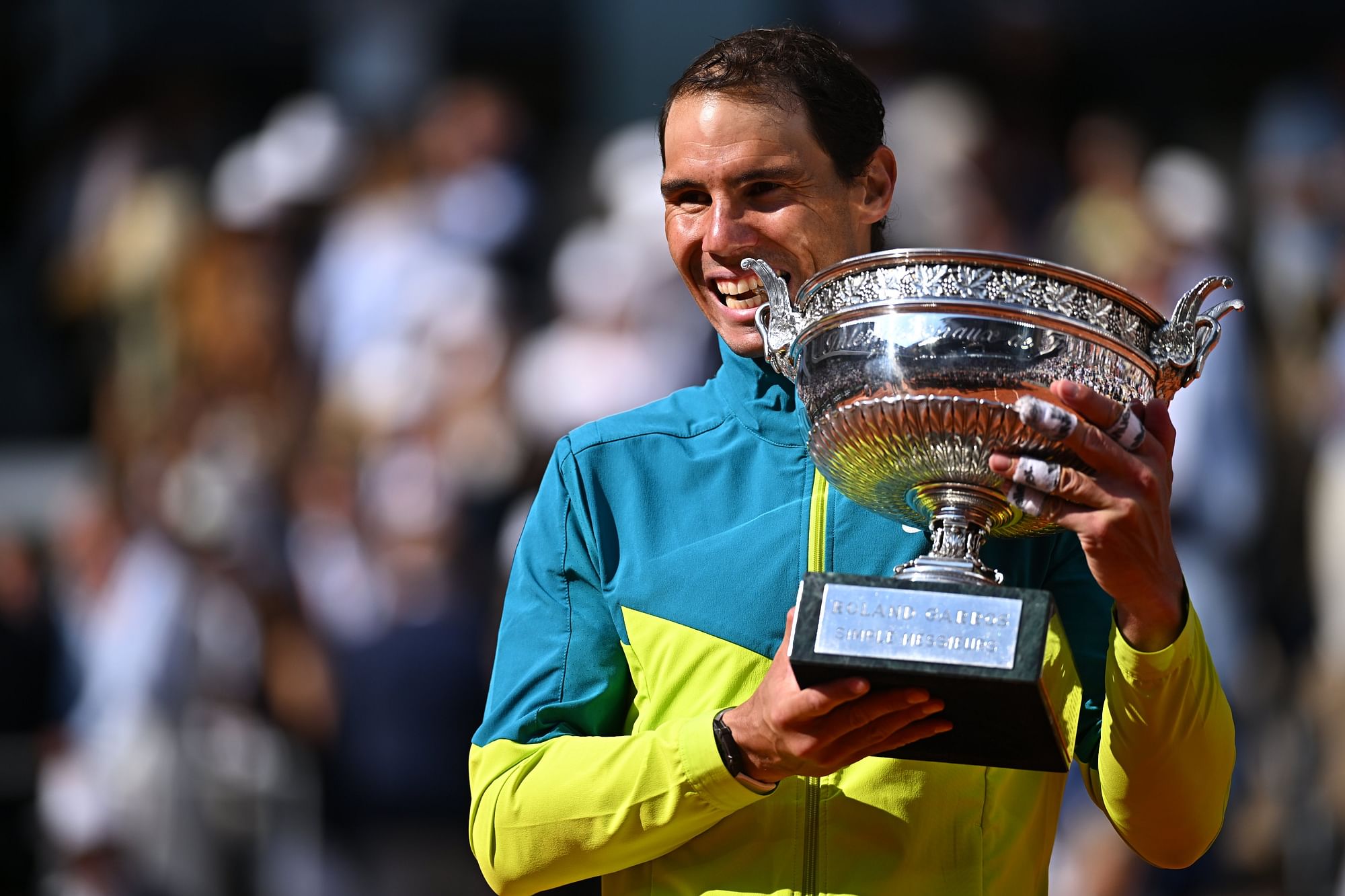