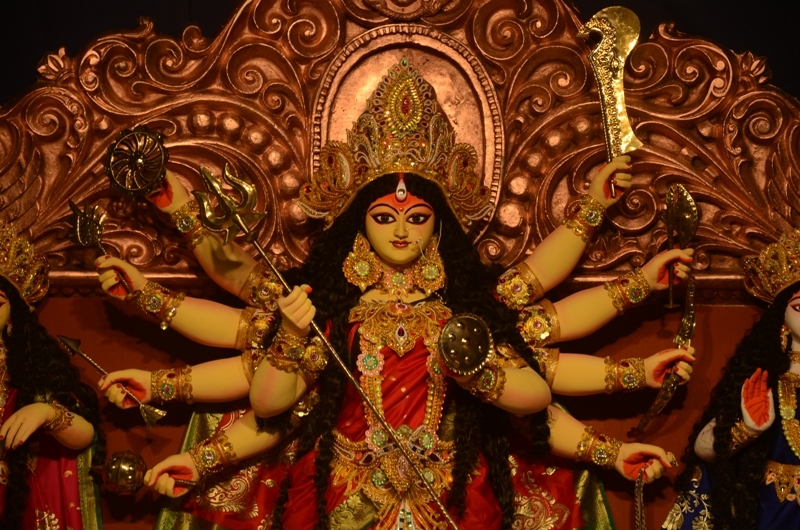 Sharad Navaratri, the nine-day Hindu festival of fervour and festivities, is coming to end. After Saptami and Ashthami, Maha Navami -- which is also called as Durga Navami -- will be celebrated today to commemorate Maa Durga’s victory over Mahishasura. This year Maha Navami will begin on October 24, i.e. today at 6: 55 am and will end at 7:40 am on October 25.

According to Hindu Mythology, on the Maha Navami, Goddess Durga defeated the Buffalo demon, Mahishasur. On Maha Navami, the last day of battle, the Goddess had made the final assault on Mahishasura and killed the buffalo demon. Thus, Maa Durga is also hailed as Mahisasuramardini, which means ‘the slayer of Mahishasura’. Maha Navami is also celebrated as the victory of good over evil.

Maha Navami is widely popular all over India, but it is celebrated with great enthusiasm in the states like West Bengal, Odisha, Assam, Bihar, Jharkhand and Tripura. The celebrations of Maha Navmi differs from state to state. In most parts of Northern India, nine young girls are invited, worshipped and fed with a delicious meal, mostly halwa puri and chane. It is believed that the nine little girls are a manifestation of Nav Durgas, the nine avatars of Goddess Durga.

On the other hand, in Eastern parts of India, Maha Navmi is celebrated as the third day of Durga Puja. The celebration kick starts with Mahasnan, holy bath which is followed by Shodashopachar Puja. A Garbo, a holy pot which represents the womb is installed at homes where Navratri is observed. The Garbo is then lit with diyas which denotes soul. This way Navami is celebrated in Western India.

Whereas in South India, this festival is celebrated as Ayudh Puja or Shastra Puja and is dedicated to Goddess Saraswati. The devotees worship books, musical instruments and vehicles.