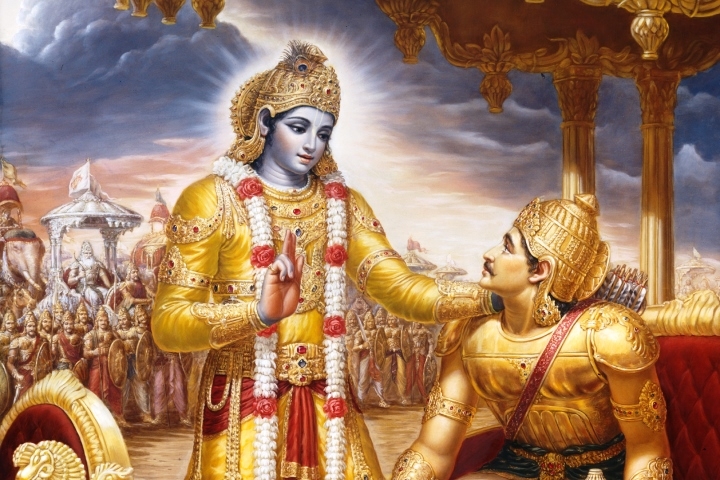 I came across a video recently that said Krishna’s mission was to spiritualise politics in which he failed miserably. That prompted me to write this article. Bhagavan Krishna is an avatara. His job is not to spiritualise politics. The Bhagavad Gita clearly states that the Avatara incarnates when problems of adharma and unrighteousness rise. Therefore, Bhagavan takes a special form to destroy adharma and re-establish dharma, which Krishna did very well.

At that time, it was not just one adharmika king in India, but many like Kamsa, Jarasandha, and Kauravas ruled. Krishna was born at the end of Dvapara Yuga, and he had to handle the transition of Dvapara yuga to Kaliyuga. A transition is always a time of upheaval when many old things come to an end, and new things have to emerge. It is actually entropy at work when things go into deterioration before they can be renewed again.

Therefore, Krishna ensured that a lot of the old was gone, making a place for the new to come. One may argue that the old was better than the new. Possibly. But all things are cyclic in nature. Once a culture has its play, it will deteriorate. Krishna oversaw that. In fact, Kaliyuga starts at the end of Krishna’s life. He ensured that the noblest and the highest in Sanatana Dharma survived into the Kali Yuga — the teachings of Vedanta in the Gita.

He and Veda Vyasa (with his analysis of the Upanishads called Brahmasutras) ensured that the highest teachings continue into the future. Even the structure of feudal societies saw the beginning of the end with the Mahabharata war. So, I don’t think anything about Krishna’s life was a failure.