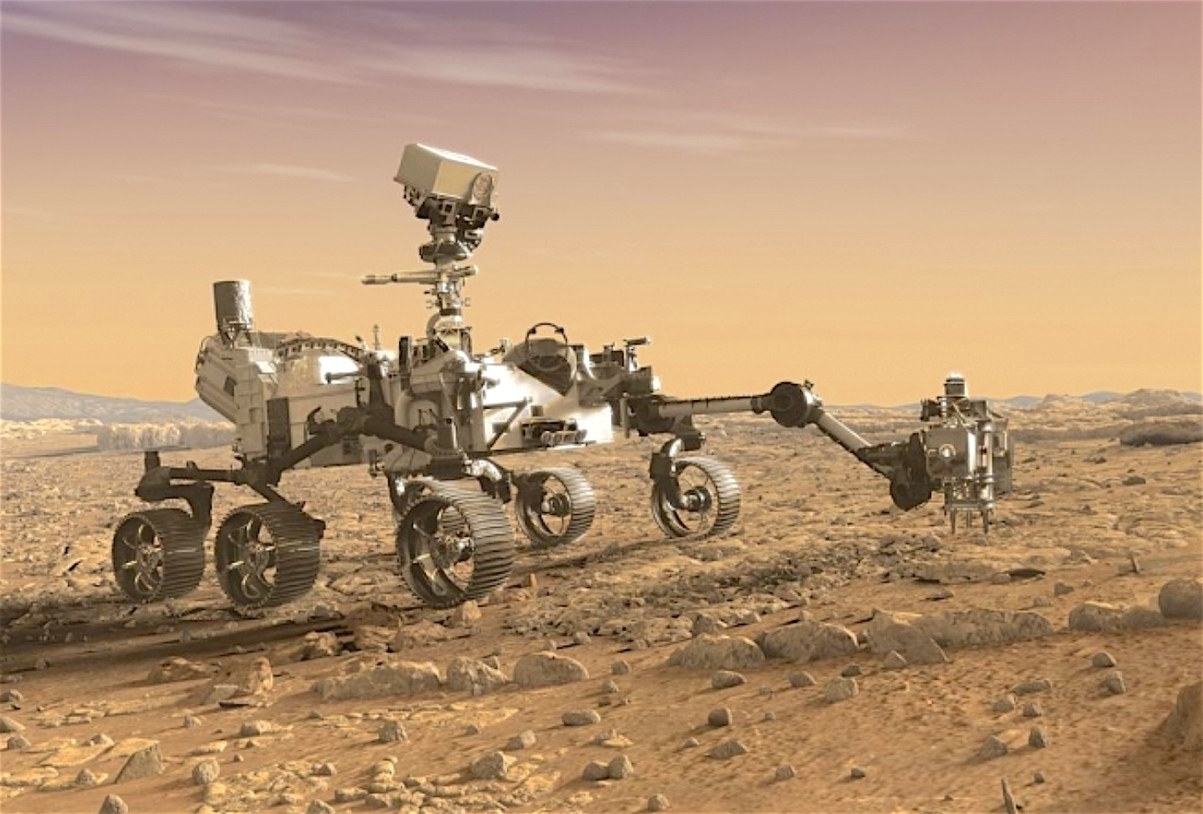 Washington: Scientists at NASA's Perseverance Mars rover mission have discovered that rocks in the Jezero Crater on the Red Planet have interacted with water multiple times over the eons and that some contain organic molecules.

The team discovered the organic compounds on the 45 kilometres Jezero, which hosted a big lake and a river delta in the ancient past, using the SHERLOC (Scanning Habitable Environments with Raman and Luminescence for Organics and Chemicals) instrument.

They found carbon-containing molecules not only in the interiors of abraded rocks that SHERLOC analysed, but also in the dust on non-abraded rock.

However, in a statement the scientist said finding of organics "is not a confirmation that life once existed in Jezero and left telltale signs (biosignatures). There are both biological and non-biological mechanisms that create organics".

Curiosity rover has also discovered organics at its landing site within Gale Crater.

At the same time, the preservation of organics inside ancient rocks -- regardless of origin -- at both Gale and Jezero Craters does hint that potential biosignatures (signs of life, whether past or present) could be preserved, too, the scientists said.

"This is a question that may not be solved until the samples are returned to Earth, but the preservation of organics is very exciting," said Luther Beegle, SHERLOC principal investigator at NASA's Jet Propulsion Laboratory in Southern California, in the statement.

"When these samples are returned to Earth, they will be a source of scientific inquiry and discovery for many years," Beegle added.

The findings were presented at the recently-held American Geophysical Union fall science meeting in New Orleans.

Perseverance has been collecting Martian rock samples in search of ancient microscopic life. Of Perseverance's 43 sample tubes, six have been sealed to date -- four with rock cores, one with Martian atmosphere, and one that contained "witness" material to observe any contamination the rover might have brought from Earth.

Mars Sample Return seeks to bring select tubes back to Earth, where generations of scientists will be able to study them with powerful lab equipment far too large to send to Mars.

Meanwhile, the scientists also discovered that the Jezero Crater on the Red Planet where the six-wheeled explorer has been driving on since landing in February has organic is likely formed from red-hot magma.

Using PIXL instrument, short for Planetary Instrument for X-ray Lithochemistry, scientists had a "good look at the abraded patch of a rock from the area nicknamed 'South Seitah'".

The "texture indicates the rock formed when crystals grew and settled in a slowly cooling magma -- for example a thick lava flow, lava lake, or magma chamber", said Ken Farley, Perseverance Project Scientist from California Institute of Technology (Caltech) in Pasadena, in the statement.