We will not go with Shiv Sena: NCP chief Sharad Pawar 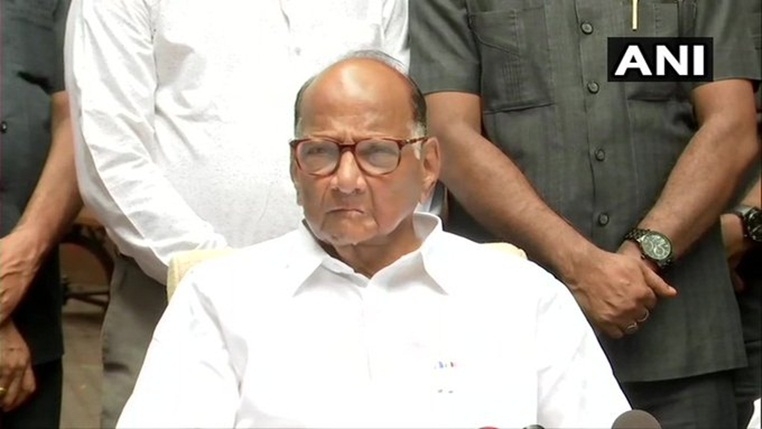 Mumbai (Maharashtra) [India]: As official trends in Maharashtra Assembly elections reaffirms BJP-Shiv Sena's return to power in the state, Nationalist Congress Party (NCP) chief Sharad Pawar on Thursday said that his party will not go with the Shiv Sena and will decide the future course of action along with Congress and other allies.

"I would like to clear that no decision has been taken regarding backing Shiv Sena for the Chief Minister post and going with them... We have our own friends in Maharashtra and we will walk with them and support them only... We are firm on our decisions," Pawar told media here.

"NCP, Congress and other allies will decide together on the future course of action and we will not go with Shiv Sena," he added. As per the latest trend, BJP has won four seats in Maharashtra and leading on 99, while Shiv Sena has won three and leading on 56 seats. NCP has won one seat and leading on 55 others.

"Whatever has been officially announced and whatever trends are going on, one thing is clear... People have not accepted the 220-plus mandate as some people were saying and whatever the people wanted to say they have made it clear," Pawar said.

"The opposition has worked hard and all members of the Congress-NCP and allies have delivered and given their best. I thank them all... Power comes, power goes but it is important to remain committed to a cause and we thank people for the love they showed," he added. He later pointed that those leaders who left NCP and joined BJP have not done well in the Assembly elections.

"One important thing is to be seen that people who left us and went, have not been accepted... Defections have not worked in favor of those who left," he said.

He added, "We will soon take a meeting to discuss certain things about the elections with our supporters and decide on our future course... We have tried our best to perform to the best of our abilities... If one comes to power, he should keep his feet on the ground and speak but as we have seen, the current scenario states that the ruling party made personal attacks and tried to take winning candidates from opposition... People have not accepted these practices and they have taught those trying such things a lesson."

Pawar further thanked Prime Minister Narendra Modi, Union Home Minister Amit Shah and other BJP leaders. "At least because of the elections they came to Maharashtra to understand the problems of the people... If you want to understand Maharashtra, you should visit Maharashtra once in a while," he said. 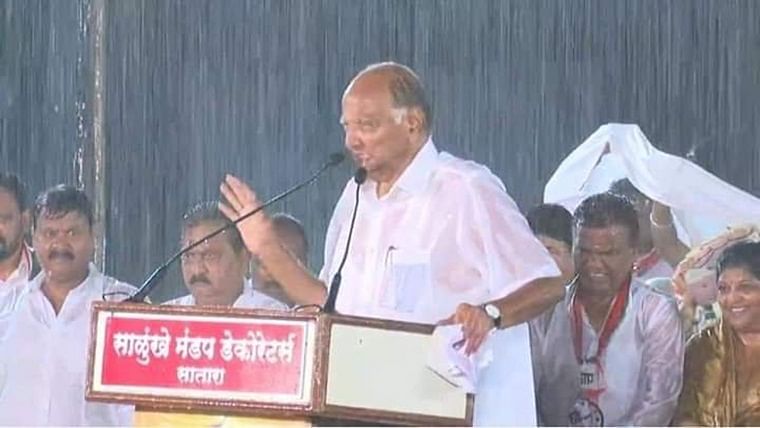