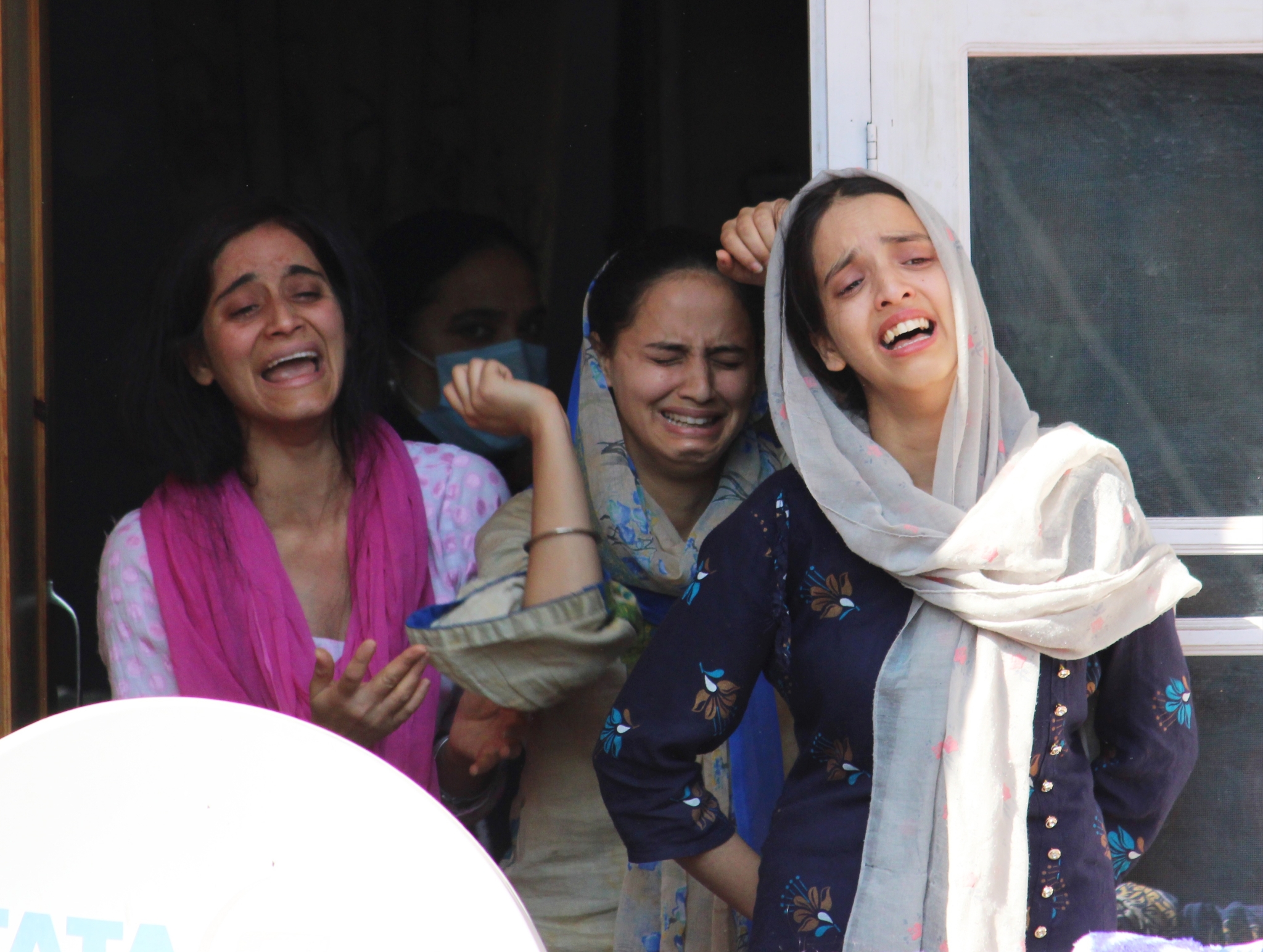 Relatives of Satinder Kour, the principal who was killed by suspected militants, mourns her death in Srinagar. | Sajad Hameed/FPJ

The principal and a teacher of a government school were killed by terrorists in Jammu and Kashmir's Srinagar today, the latest in a spate of targeted killings in the Kashmir valley.

Terrorists stormed into the Government Boys Higher Secondary School in Srinagar's Eidgah area and shot the principal and the teacher at close range, a government official said. There were no students in the school as classes are still online.

Police said Satinder Kour, the principal, and teacher Deepak Chand died on the spot when they were fired upon at the school

The two were killed two days after Makhan Lal Bindroo, a 68-year-old chemist, street vendor Virender Paswan from Bihar’s Bhagalpur, and Muhammad Shafi Lone, a taxi driver, were shot dead at separate places in Kashmir on Tuesday. Since last week, seven civilians have been killed in Srinagar alone.