Advertisement
Home / Photo-gallery / From Assam to Bihar - How incessant rains, flooding is paralysing life amid a pandemic; see pics

From Assam to Bihar - How incessant rains, flooding is paralysing life amid a pandemic; see pics

A woman use a banana raft to cross floodwater at Murkata village in Assam's Morigaon district on Thursday | Photo: ANI
Advertisement

Assam has been reeling under the effects of heavy rain that has brought normal life to a halt in many parts of the state, and forced many to relocate as low-lying areas were inundated. A total of 28.32 lakh people in 26 of the state's 33 districts have been affected by the deluge, a government report said. The number of people who have lost their lives in floods and landslides in the northeastern state this year has gone up to 119. While 93 of them died in flood-related incidents, 26 were killed in landslides.

Governor Jagdish Mukhi conducted an aerial survey of the flood-hit areas and said he would request the Centre to find a permanent solution to the problems of flood and erosion in the state. Chief Minister Sarbananda Sonowal also visited the areas affected by the deluge in Darrang and Kamrup districts.

And while recent reports had suggested that the situation had improved slightly, the IMD said on Thursday that the north and northeast parts of the country would witness intense rainfall activity from July 26 to 29 due to a monsoon trough. The monsoon trough is likely to shift close to foothills of Himalayas July 26 onward, the India Meteorological Department (IMD) said.

But Assam is not the only area affected by heavy rains. Recently Delhi and the NCR region had seen incidents of water-logging, property damage and house collapses. One individual had also passed away. To the west, Mumbai is among the cities that where people have been suffering the ill-effects of the rainfall. Water-logging had been reported in several areas over the last few days.

Another area that has been heavily affected by flooding is Bihar. After being hit by floods and the incessant rains, people in Bihar's Muzaffarpur district have been struggling to continue their daily routine. The National Disaster Response Force (NDRF) has deployed 21 rescue teams in Bihar.

NDRF DG SN Pradhan on Thursday said that the monsoon this year has been above normal and there has been heavy rain. This is leading to a flood-like situation in different parts of the country. Bihar and Assam continue to be sensitive areas that have been affected by floods.

Below, we've put together some of the visuals from different parts of the country on Thursday. A boy with his goat wades through the floodwater as he moves to a safer place, in Bihar's Gopalganj district, Thursday, July 23, 2020. | Photo: PTI A team of medics provide medicines to the flood-affected people in Morigaon district of Assam, Thursday, July 23, 2020 | Photo: PTI Assam, July 23 (ANI): A woman with her child stand in the flooded water of Murkata village in Morigaon district on Thursday. | Photo: ANI A one-horned rhinoceros wades through the floodwater inside the Pobitora Wildlife Sanctuary at Morigaon district, in Guwahati on Thursday. | Photo: ANI 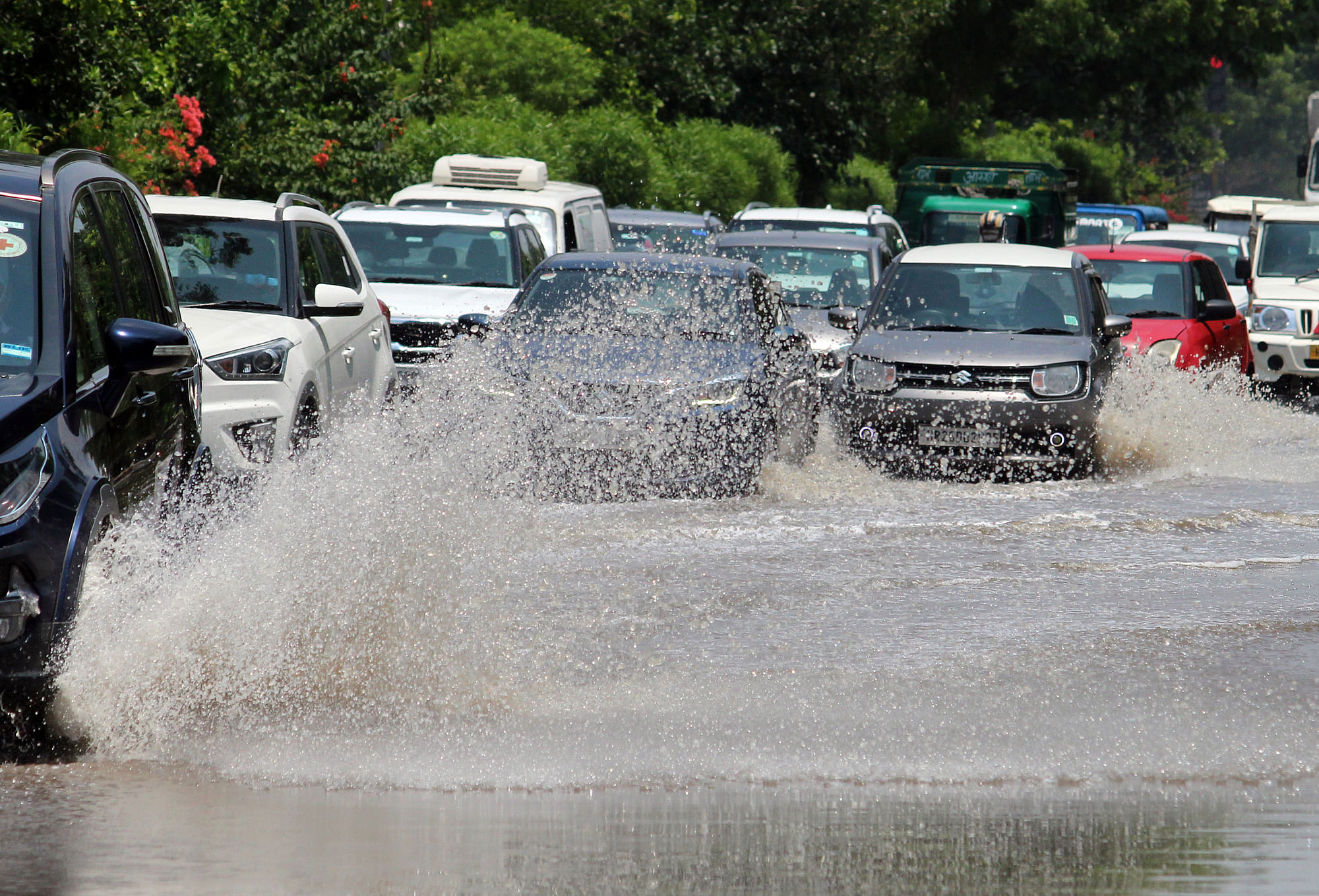 Vehicles wade through a waterlogged road after rain at near Unitech Cyber Park, in Gurugram on Thursday | Photo: ANI