The Bharat bandh called by farmer unions failed to impact normal life in Maharashtra as commercial establishments and local transport operated as usual on Monday even as various non-BJP parties held demonstrations and bike rallies in parts of the state, officials said. The shutdown was observed from 6 am to 4 pm.

In Mumbai, Congress workers, holding placards, assembled at some places like Andheri and Jogeshwari and shouted slogans against the farm bills, but shops and other commercial establishments were open as usual and traffic movement was normal, they said. 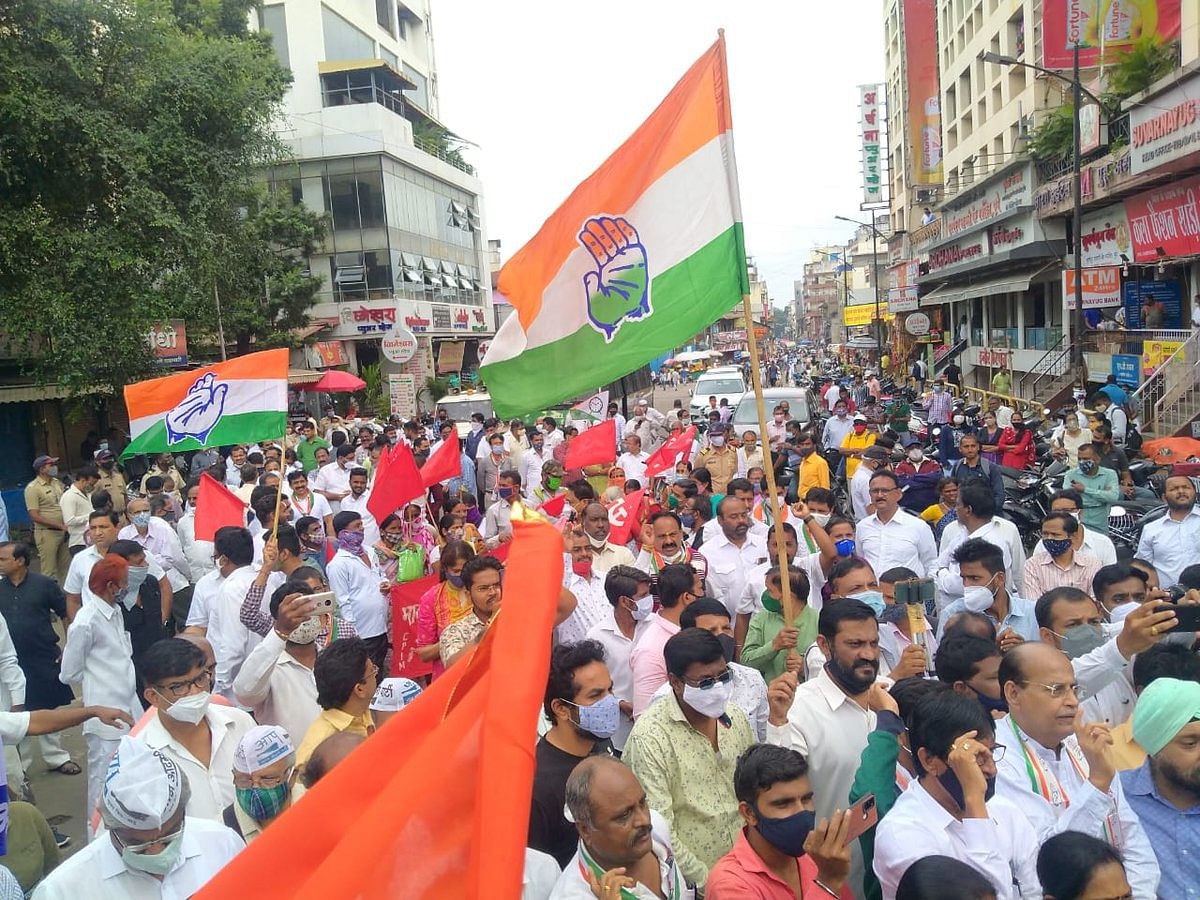 An APMC remained closed in Pune and a pro-farmer outfit staged a road blockage in Nagpur, while some protesters were detained at some places and later released, they said. Besides, commercial establishments and local transport were operating normally, while a protest meeting was organised in the Mandai area which was attended by workers of various parties, including the NCP, Congress, Shiv Sena, AAP, Janta Dal (S), Shetkari Kamgar Paksh and CPI(M).

Maharashtra Congress chief Nana Patole led a bike rally in the Akola district in support of the Bharat Bandh. Activists of the Maharashtra Rajya Kisan Sabha, led by Arun Warkar, staged a road blockade on Raipur highway in the Waroda area of Nagpur district in the morning. Warkar claimed the protesters were detained and later let off by police.

In Yavatmal, Congress leader Manikrao Thakre and former minister Vasant Purke along with workers of the NCP and other parties staged a demonstration at the Sanvidhan square against the Centre's three farm laws. In the Gondia district, Congress workers took out a motorcycle rally in support of the Bharat Bandh. The vehicle rally started from Jaistambha Chowk and passed through the city's main streets during which Congressmen shouted slogans against the Narendra Modi government.

The Central government and farmer unions have held 11 rounds of talks so far, the last being on January 22, to break the deadlock and end the farmers' protest.

Farmer groups have alleged that these laws will end the 'mandi' and the MSP (minimum support price) procurement systems and leave cultivators at the mercy of big corporates. The government has rejected these apprehensions as misplaced and asserted that these steps will help increase farmers' income.