Narvekar set up several camps in the slums to identify, isolate and quarantine high-risk contacts in her ward

A century later women are playing a far more extensive role in managing the Covid pandemic, not just limited to the traditional role of nurses. Now they are at the helm of the government’s efforts to contain the spread. On international women’s day we caught up with dynamic women Covid warriors from Mumbai South’s A-ward which covers Colaba, Churchgate and Navy Nagar, who were instrumental in containing the spread in that area.

This is just a small microcosm, but these women are representative of the indomitable spirit of our covid sheroes all over the country, who sacrificed much to ensure a better outcome for India. 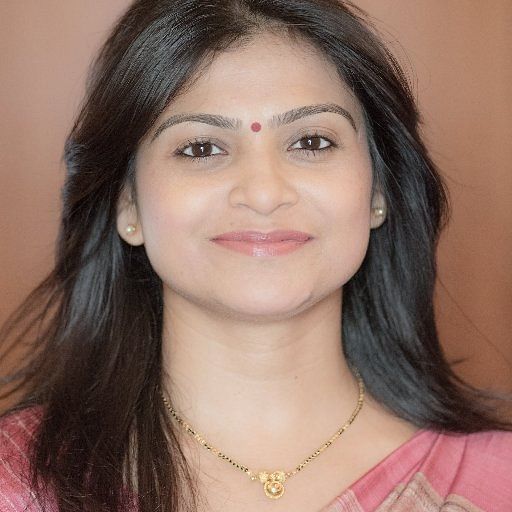 Corporator with the Mumbai Municipal Corporation Ward #226 (part of A ward) that covers Cuffe Prade, Churchgate and Nariman Point. A mother of two children, this young first-time corporator had her work cut out for her as the country was jolted into lockdown. Her constituency may be an affluent, VIP one but it does include 9 slum pockets, making it a tricky balancing act of containment in slum and non- slum areas. Moreover being a BJP corporator in a Shiv Sena municipality govt added to the challenges, but the need of the hour was to overcome political differences. How did you gear up for action once lockdown started? What were your initial tasks?

In the first few weeks the focus was on international travellers and quarantining them. I was helping BMC bridge the gap between authorities and residents.

After the spread increased we started having camps in the slums to identify and isolate and quarantine high-risk contacts. Then we moved on to sanitizing. We had to pressurize the fire department. Initially they only had a mandate for in and around hospitals and BMC administrative buildings but we somehow managed to get it done. All the buildings in the constituency sanitized 2 or 3 times in a structured manner. I also arranged for vegetables from Nasik directly from the farmers, as there was a shortage. We gave them at a subsidized rate for the slums and organized vegetable vans in buildings. I worked a minimum of 10 – 12 hours a day. And beyond that I was taking calls. It was multitasking to another level. In my own capacity I was also raising funds through a resident’s organization – My Dream Colaba - to provide ready food packets and rations to migrants and daily wagers.

Initially we distributed 1,500 to 2,000 ready food packets daily and later on 10,000 a day. I had frontline BMC karyakartas distribute in an organized manner. What were the main challenges you faced – at a political and societal level?

Health screening in the slums was an uphill task. For every positive patient there are 10 high-risk contacts.

In terms of health policy making a few things could have been done differently. We were not part of the task force. That was the problem. There were no corporation meetings or committee meetings for 8 months. Because it is an emergency, the disaster protocol is that everything gets done without approvals. Now also there are no physical meetings. When they have meetings on an online platform they don’t let you talk.

The slum testing was not happening at an initial stage. They were mainly contact tracing international travellers, which was very good, but we missed the bus because those international travellers could have had part time help that lived in the slums. I remember pushing for slum testing at the end of March and only in April getting the first slum fever survey. The Government probably had their limitations.

Then when I said part time workers should be stopped in buildings it was not taken well, especially by domestic workers. It was the need of the hour for some time as there was not much information about treatment then. Now even if cases were to increase the health care set up is able to manage it.

I had requested the buildings to continue to pay the salary of part timers but some people didn’t pay them. This was used against me. It might not be the most popular thing to do but I thought it was required.

What is the situation in the slums now? Are you currently providing any relief to people?

In October I had done an antibody test in the slums. 75 percent plus people have antibodies. We conducted 806 tests. Only 1 percent was aware they had Covid.

Even now many part timers have not gone back to work. They have been replaced. Their children’s school fees can’t be paid. I am trying to organize funds for fees through My Dream Colaba.

There is a new surge in cases. Are you very concerned? What measures are you taking?

The Second wave won’t be as bad. I am gearing my team to get ready for a vaccine registration drive. We are sending our volunteers to help senior citizens who have a problem downloading the app and registering. They will go into each building and help the senior citizens. This is not a BMC initiative; it’s in my own capacity.

What was your experience working with women department heads in A-ward?

The BMC health department of A ward under Medical Officer Dr Prajakta Amberkar has done an exceptional job in terms of contract tracing, especially in the slums.

And the assistant commissioner is also a woman – Chanda Jadhav.

Working during the COVID-19 pandemic with all of the women leaders in their respective fields, made me realize that the sincerity and dedication of women helps achieve the desired results. Once we worked together as a team, we were able to come up with a solution to every adversity.