'We want justice': Indian-Americans protest against Pak on 26/11 anniversary 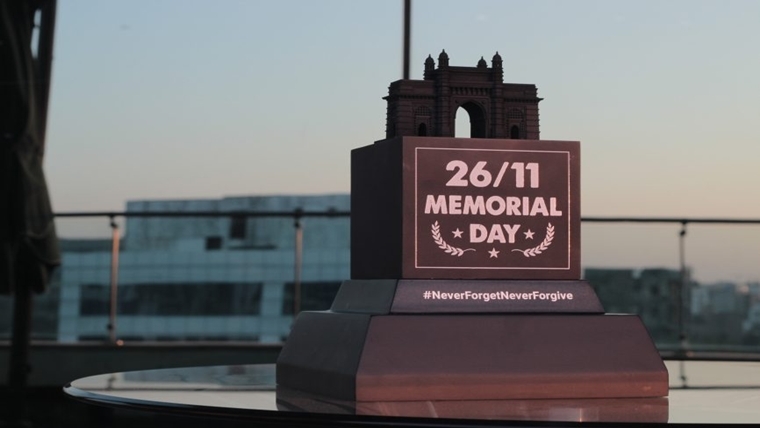 Never Forget: The 5 martyrs of 26/11 | Architecturaldigest.in

A group of Indian-Americans from the national capital here held a memorial gathering outside the Capitol Hill for the victims of the deadly 26/11 terror attack in Mumbai.

Displaying anti-Pakistan banners and shouting slogans like "We want justice", the protesters on Wednesday evening (local time) said that twelve years have passed and Pakistan is yet to take any action on those who orchestrated the attack. Instead the prime accused live freely in Pakistan.

Community activist Krishna Reddy said, "We are here on the anniversary of 26/11, when terrorists from Pakistan came to Mumbai and killed many innocent people, including six Americans as well, they just looked at the passport of the Americans and killed them. So the US intelligence knows that this has been done and controlled by Pakistani intelligence directly." "We have gathered here today to remind the US government that it's been 12 years since the heinous act of terror was committed, I hope that the new administration takes every step possible to bring the perpetrators to justice", said another activist Mahindra Sapa.

"I urge the incoming administration not to give any kind of financial aid to Pakistan, nor in Afghanistan, until Pakistan takes action against the perpetrators of this crime and gives justice to those who lost lives," Krishna added.

Earlier today, the Indian American group also sponsored a digital mobile billboard truck carrying "we demand justice" that was seen outside the Pakistan and Turkish embassies in DC.

In addition to the Indian government, even the US Department of Justice has filed a case against some of the accused, however, Pakistan has been taking U-turns on its promises, claiming lack of evidence.

The Indian American community remembered the 166 lives lost in the Mumbai attack, including six Americans. The peaceful protest represented a cross-section of the Indian-American cultural and social organisations from Maryland, Virginia and Washington DC.