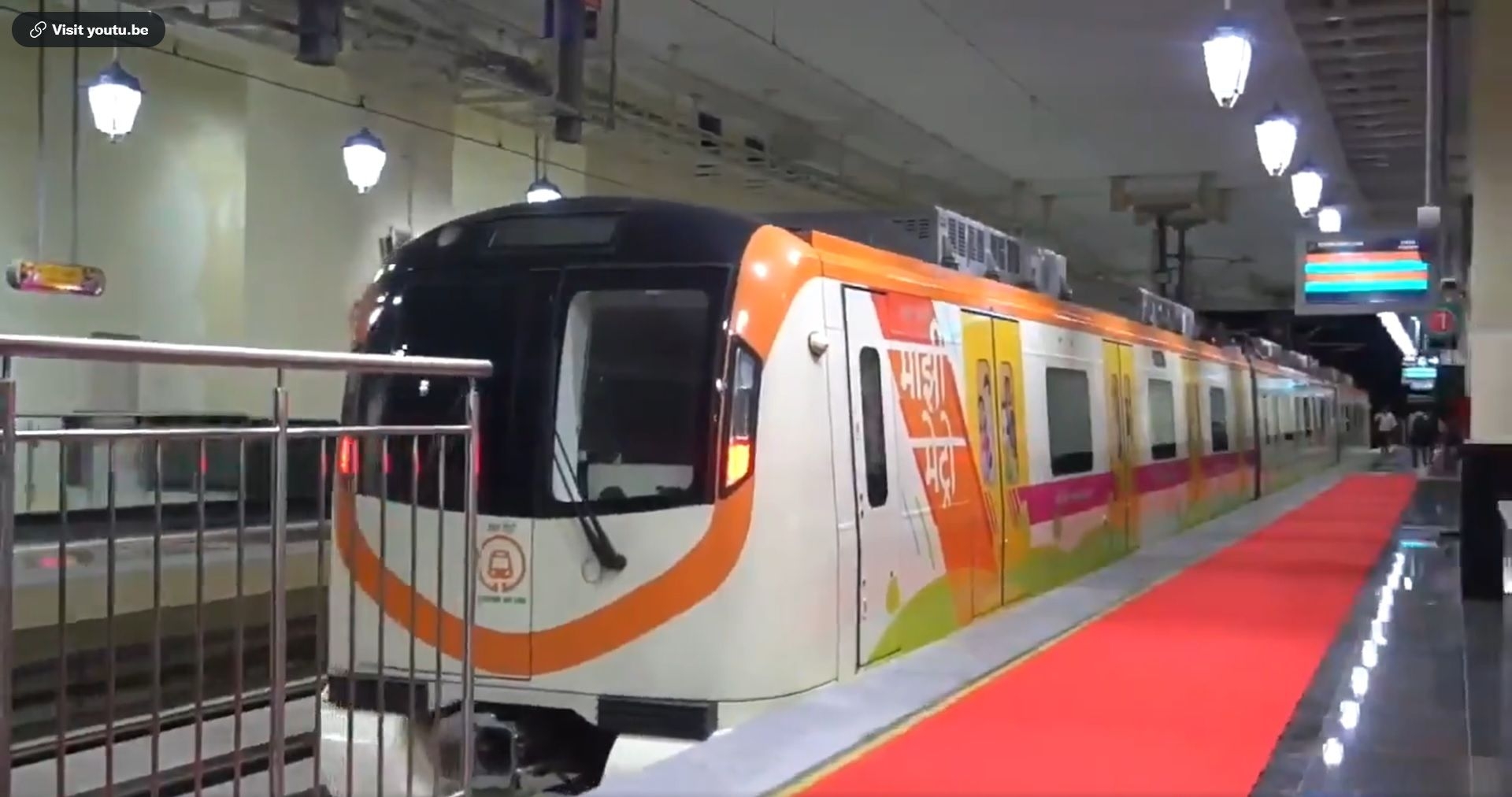 The Nagpur Metro's unique section - with a metro train zipping through the fourth floor of a 20-storied commercial building, a first in India - became operational on Friday, running 1.6kms between Sitabuldi-Zero Mile-Kasturchand Park.

The iconic corridor, incorporating unique architecture and design, has been constructed by Maharashtra Metro Rail Corporation Ltd. (MahaMetro) and was inaugurated by Chief Minister Uddhav Thackeray along with Union Ministers Nitin Gadkari and Hardeep Singh Puri in the presence of top officials.

The 1.6 kms corridor in the Zero Mile Freedom Park station and 20-floor tall commercial tower is part of the upcoming 19 kms long north-south metro rail that will be ready by the year-end.

It is part of the total 38-kms long Nagpur Metro with another 19-kms coming up in the east-west directions, with barely a handful of such metro train passing through commercial or residential structure in the world, said a MahaMetro officail. 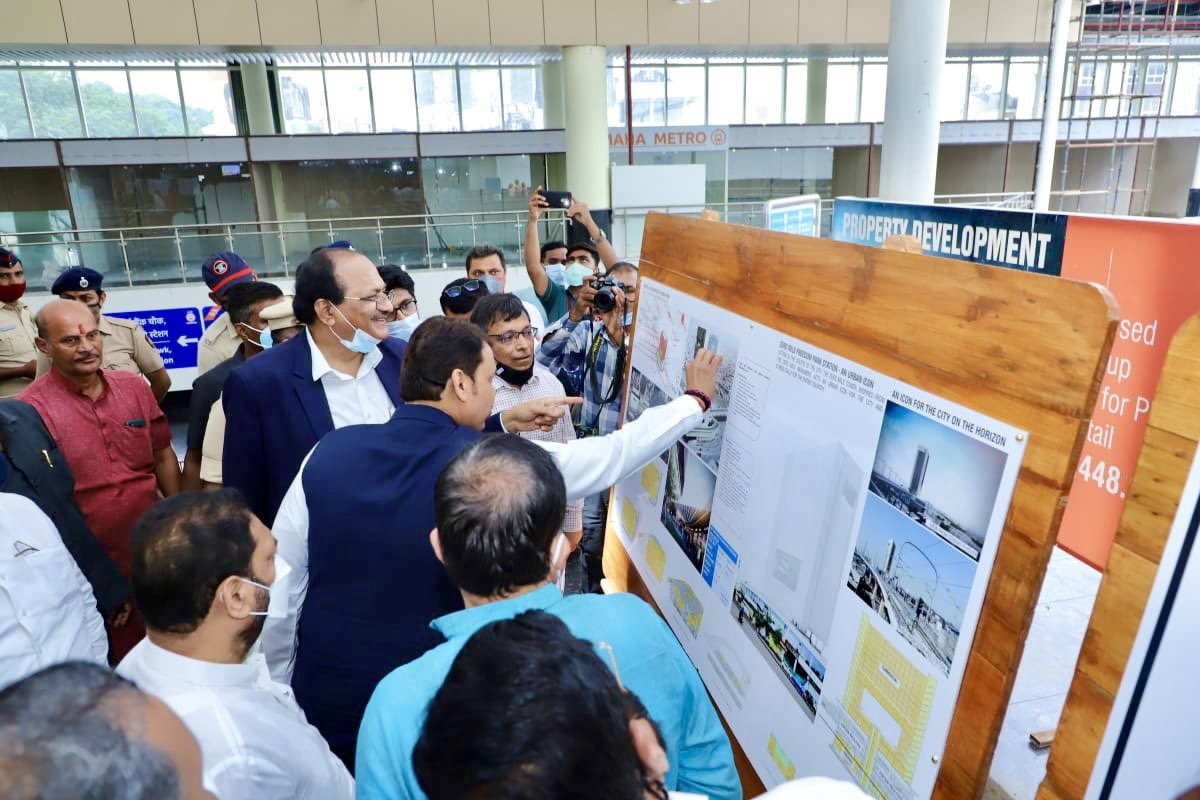 The iconic corridor was inaugurated by Chief Minister Uddhav Thackeray along with Union Ministers Nitin Gadkari and Hardeep Singh Puri in the presence of top officials. | |Twitter/@Dev_Fadnavis

Flagging off the inaugural train along with Gadkari and Puri, Thackeray affirmed that development works would not be hindered anywhere in the state.

"While development should take place, we must ensure that there are no shortcomings in it. We shall do a good job in the 75th year of Indian Independence and it will last for another 75 years," said Thackeray. 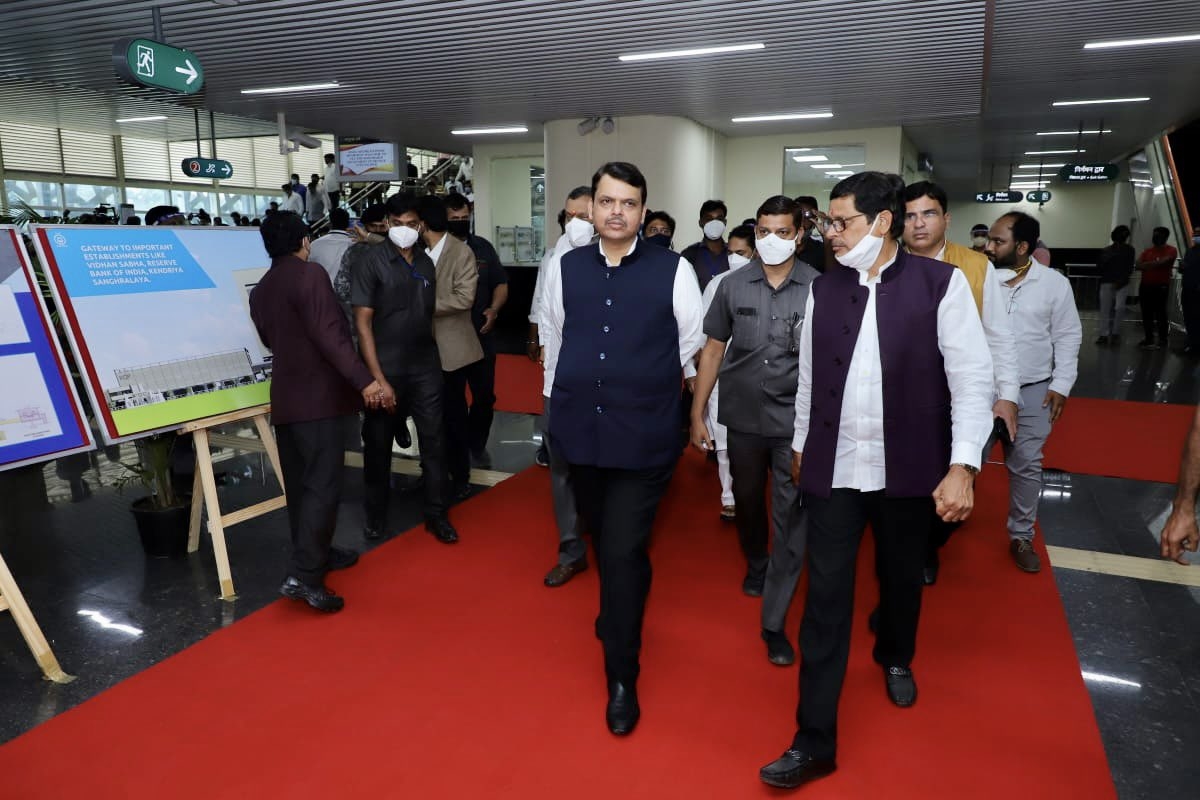 Flagging off the inaugural train along with Gadkari and Puri, Thackeray affirmed that development works would not be hindered anywhere in the state|Twitter/@Dev_Fadnavis

Gadkari urged the government to construct a tunnel to give access to the Zero Mile Freedom Park station from the Cotton Market to avoid road traffic hassles and promised all financial assistance for it.

Puri said that the project foundation stone was laid exactly 7 years ago on Aug. 21, 2014 by Prime Minister Narendra Modi and its one of the fastest-moving metros in the country.

He said that Nagpur Metro is a green metro with two-thirds of its energy needs met from solar power, it will recycle 100 percent water used by it, plus harvest rainwater, bio-digesters are provided at all stations, making it a clean and sustainable project.

Puri added that a traditional Rajput-style architecture has been used in designing the Kasturchand Park station including its facade, umbrellas, arcs, nets etc, making it a unique structure in the city.

Nagpur Guardian Minister and Congress leader Dr. Nitin Raut expressed confidence that the Nagpur Metro would prove a big boon to the infrastructure development of the state's second capital.

Bharatiya Janata Party's Leader of Opposition Devendra Fadnavis said that the 'Zero Mile' has a immense historic significance with the Great Trigonometry Survey launched by the British here in 1907 from Zero Mile, Nagpur', the country's geographical center-point.

The Freedom Park has unique concepts like a Public Plaza and a long History Wall depicting major moments of Indian Freedom Movement, an Indian Army's battle-weary T-55 tank which saw action in war is displayed on a pedestal, plus an amphitheater, adequate seating and moving spaces for the people of the city and tourists. 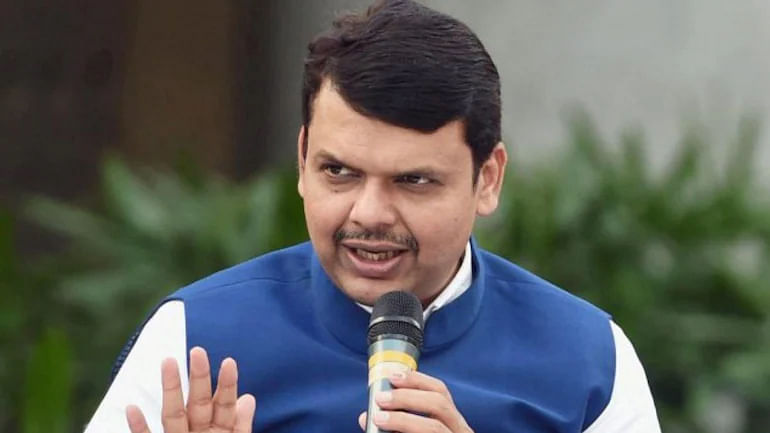