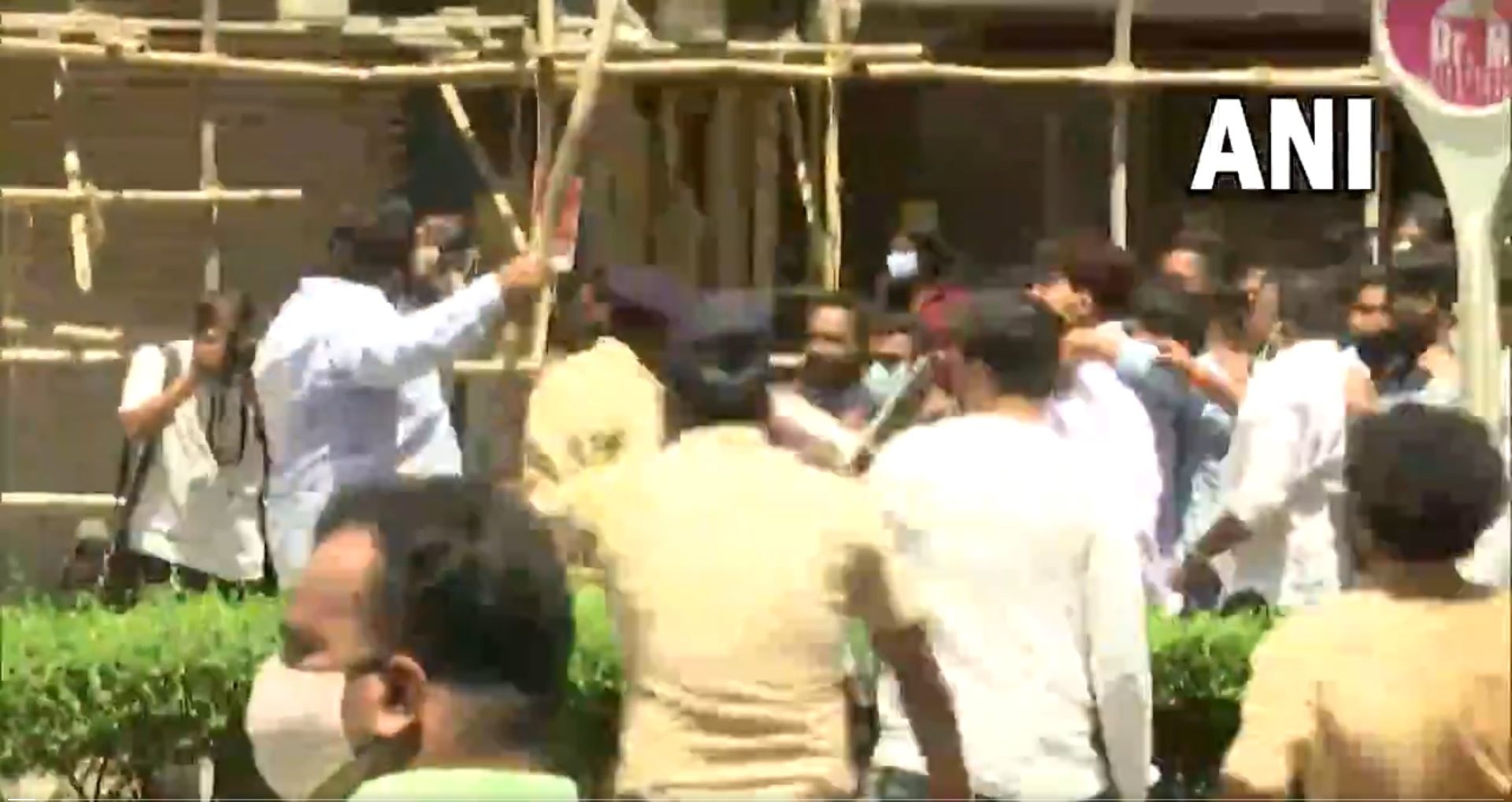 Thousands of activists demonstrated outside the Bharatiya Janata Party's Central minister's residence at Juhu in Mumbai, other places in Thane, Raigad, Pune, Nashik, Aurangabad, Ratnagiri and other towns, waving blacks flags, raising anti-Rane slogans and demanding his sacking from the Union Cabinet.

Simultaneously, Sena activists lodged at least three police complaints against Rane in Nashik, Raigad and Pune, seeking his arrest and prosecution for his purported remarks.

In Mumbai, an irate Yuva Sena district president Amey Ghole retaliated by erecting a hoarding in Dadar with a picture of Rane and a cocky caption -- 'Kombdi Chor' (Chicken Thief), while angry Sainiks stoned BJP offices in some parts of the state.

Reacting, the BJP activists also launched anti-Sena protests in Mumbai and other parts of the state, with workers of both parties coming face-to-face in some areas as the police attempted to prevent any scuffles.

The Union Minister, who hails from the state, is currently on a 'Jan Ashirwad Yatra' from Mumbai to Sindhudurg and the alleged comments came during a rally in Chiplun (Ratnagiri) on Monday night.

Even as the police beefed up security for Rane's home in Mumbai, Sindhudurg and a resort where he was camping, his son Nitesh Rane said that they are consulting legal advisors in the matter.

In guarded reactions, BJP State President Chandrakant Patil urged that "verbal wars should be fought with words only" and while he did "not endorse the remarks", accused the Maha Vikas Aghadi Government of 'misusing power'.

Ruling ally, Nationalist Congress Party all-India Spokesperson and Minister Nawab Malik castigated the remarks, terming them as "not an insult to the CM, but to the people of Maharashtra", and attempts by the BJP to foment violence in the state as they did in West Bengal.

Congress Spokesperson Sachin Sawant said the BJP's attempts to undermine the MVA government will not succeed and "those BJP leaders who make such vulgar remarks need sympathy, restraint and mental treatment".

This is the second major tiff between the former friends-turned-foes BJP-Sena in a week, further deepening the rift, amid speculation whether Rane could face stringent action from the police.

Last Wednesday, Sena activists 'cleaned and purified' the late Balasaheb Thackeray Memorial at Shivaji Park after Rane paid obeisance there prior to launching his yatra. 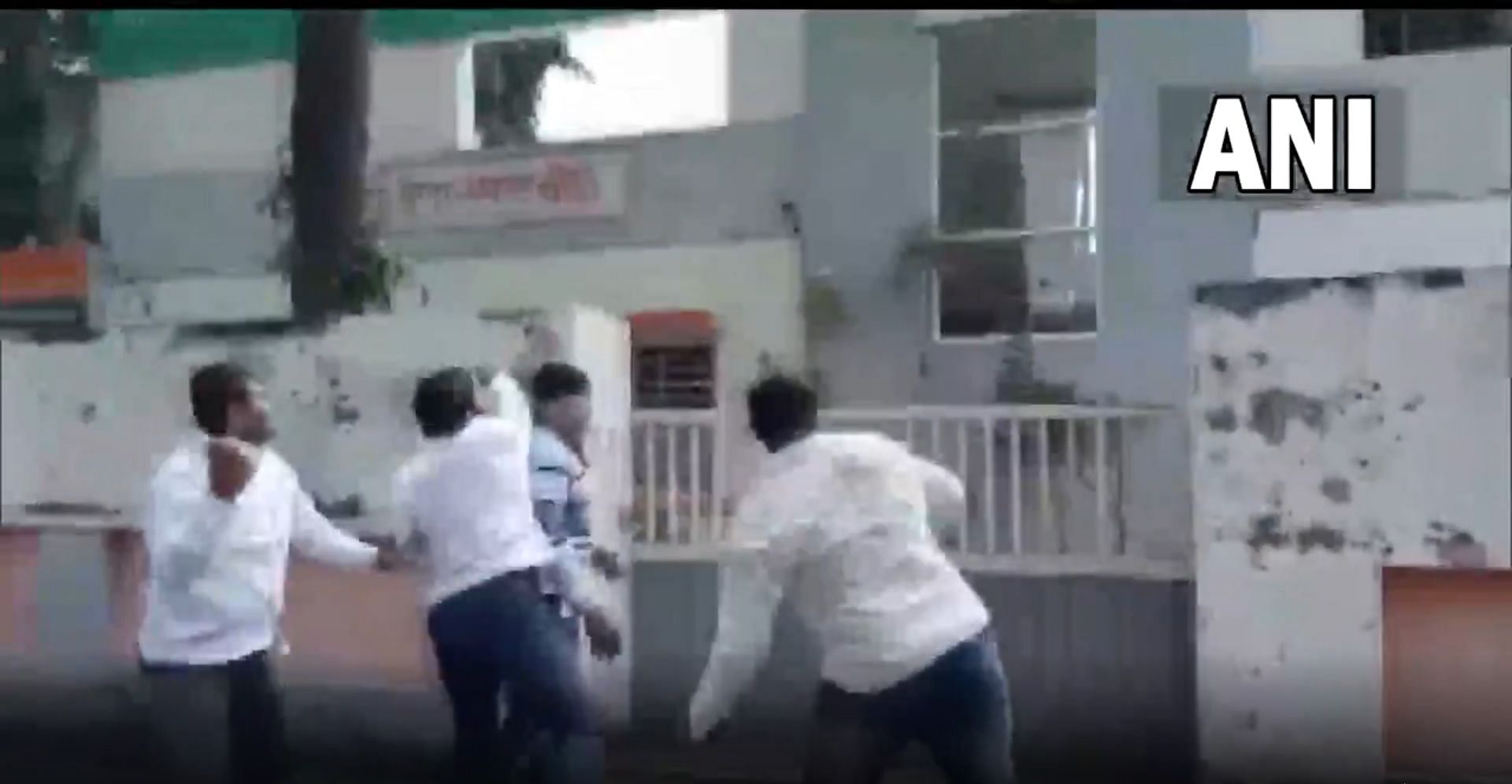