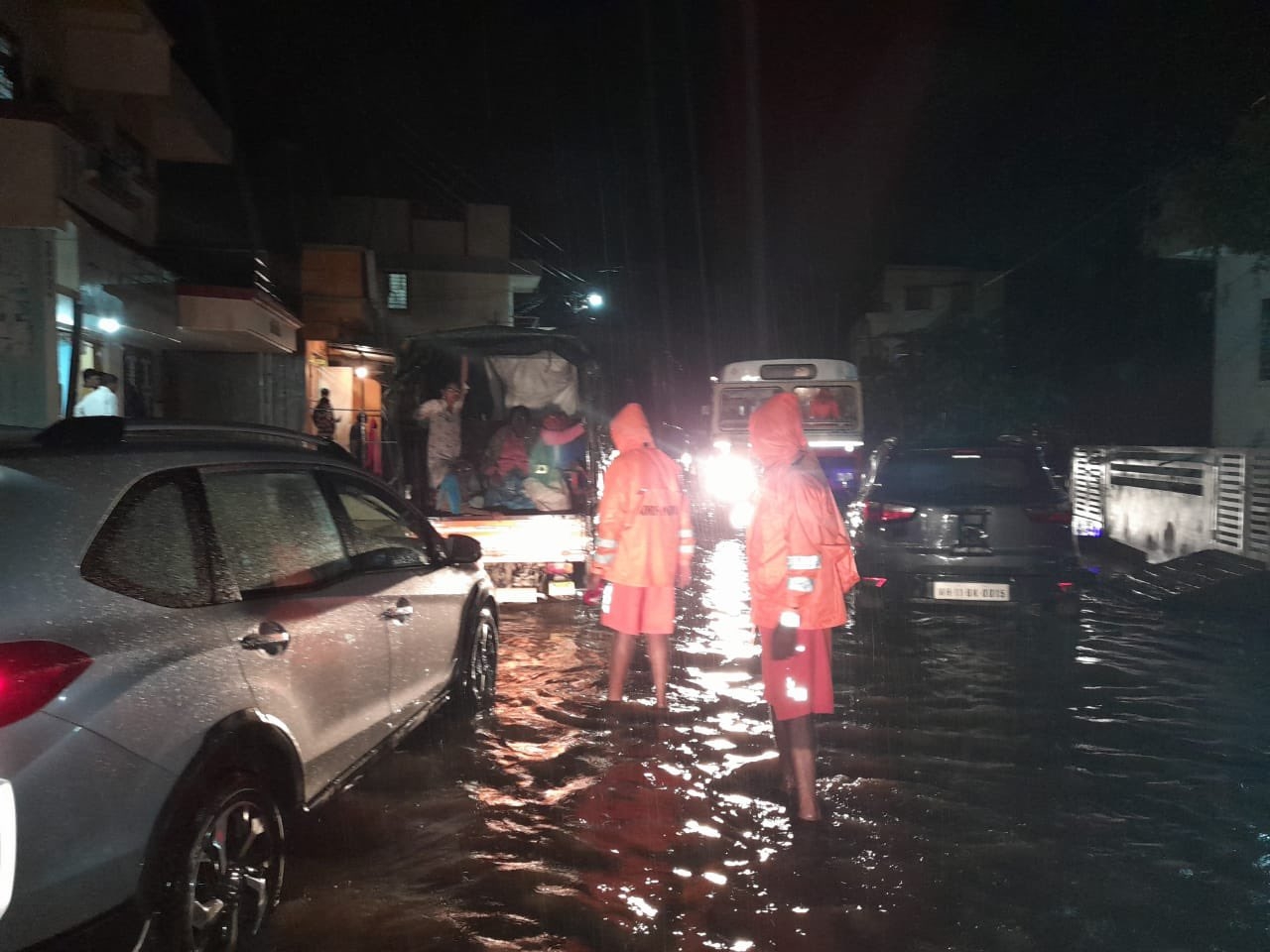 National Disaster Response Force (NDRF) teams on Friday shifted people from Chikhali in Kolhapur district to safer locations. Several parts of the state are facing floods due to incessant rainfall.

Traffic on the Mumbai-Bengaluru national highway got disrupted on Friday after a stretch of road in Belgaum district of Karnataka got inundated, prompting the police in Maharashtra's Kolhapur to stop the vehicles going to the neighbouring state as a safety measure, officials said.

Rains continued to lash parts of Kolhapur, due to which the Panchganga river in the district is flowing above the danger mark, they said.

Talking about the traffic situation on the Mumbai-Bengaluru highway, Kolhapur's district superintendent of police Shailesh Balkawde said, "Ahead of Kagal (in Kolhapur), a stretch of road near a village in Belgaum district of Karnataka has got inundated due to rainwater on Friday. Therefore, we have stopped the flow of traffic going towards the neighbouring state from the Kolhapur side." An official from the Kolhapur district disaster management cell said the water level of the Panchganga river continues to rise.

"Till 9 am on Friday, the water level of the river at the Rajaram weir reached 48.1 feet. It is well above the danger mark of 43 feet," he said.

A total of 114 bunds have gone under water, he added.

Officials of the district administration had said on Thursday said that as many as 47 villages in Kolhapur were cut off after roads leading to them were submerged in water due to heavy rains and 965 families were shifted to safer places.

They had also said that two persons, including a woman, were also swept away at different places in the district during the downpour.