The pothole-menace in Mumbai came to the fore again after a 23-year-old man was recently killed when his motorcycle hit a pothole in Maharashtra's Thane city.

In the wake of this and other related incidents in Mumbai and its surrounding MMR, Mumbai Mayor Kishori Pednekar stated that she will be visiting the areas where there are complaints of potholes being reported and take action against those responsible

In a recent video being circulated on social media, the Mayor is seen reprimanding a civic official over the pothole situation in the area. She is seen pointing towards the potholes and questioning the official about why is nothing being done about them.

According to reports from Lokmat, the footage is from the Jarimari area of Kurla.

The video, however, was criticized by BJP MLA Atul Bhatkhalkar who called it a gimmick and said the Shiv Sena were acting like thugs.

Meanwhile, Pednekar on Monday gave a deadline to the Brihanmumbai Municipal Corporation (BMC) to fill up all potholes in the next 8-10 days.

Earlier last week, a 23-year-old man was killed after his motorcycle hit a pothole in Maharashtra's Thane city.

On September 16, a woman and her son died on the spot after their motorcycle hit a pothole at Mankoli Naka on Mumbai-Nashik highway while they were returning home after offering prayers at the residence a relative during the Ganpati festival. 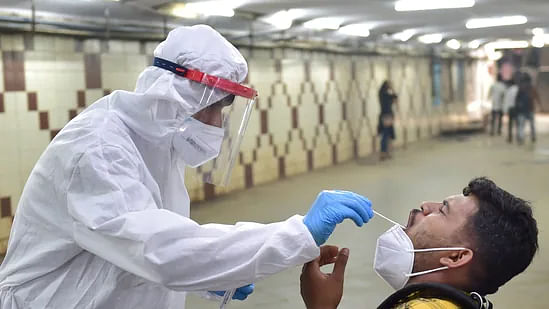 COVID-19: 17 districts have 100 or below patients in Maharashtra; 9 districts show high positivity...