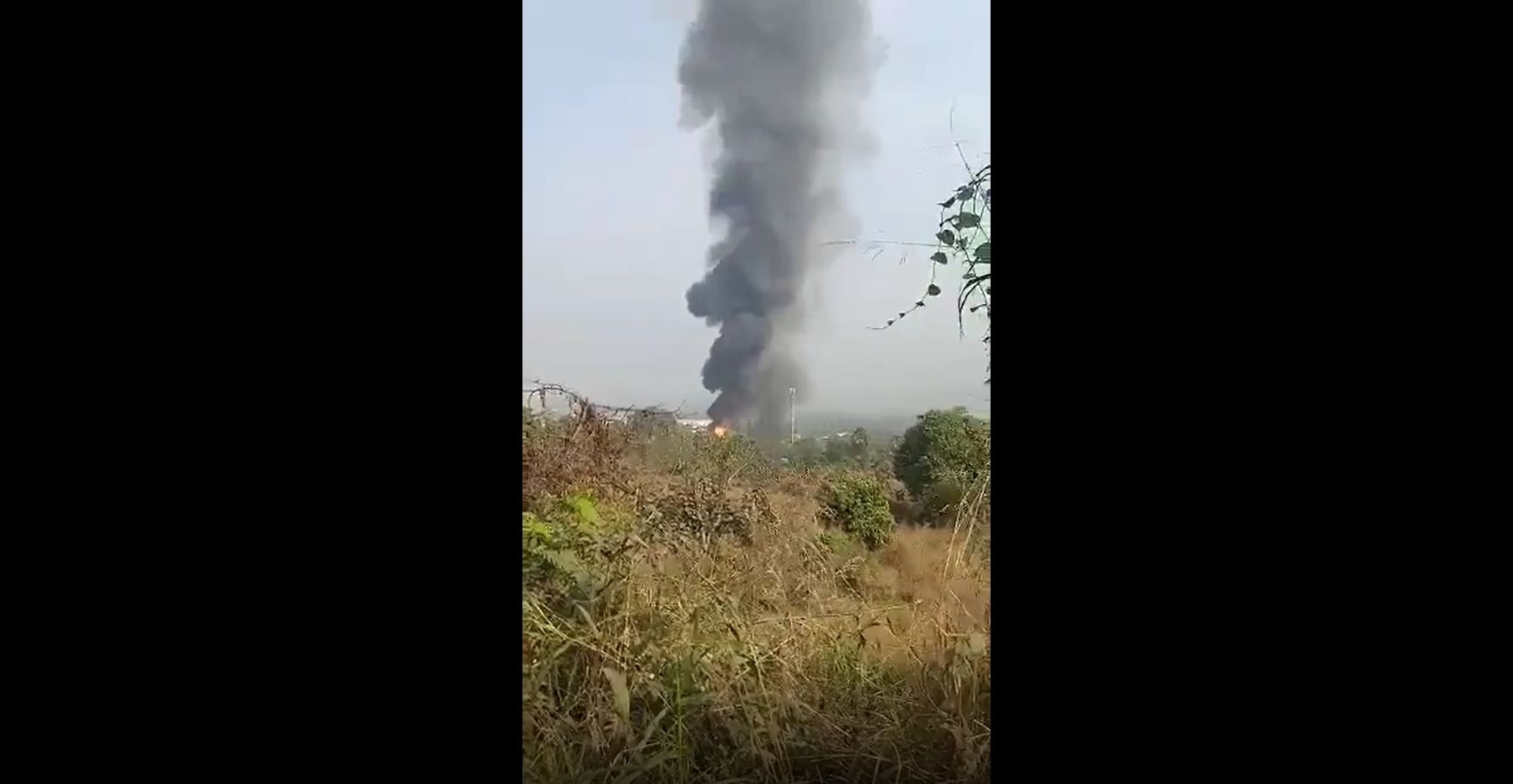 Fire breaks out at perfume and plastic company in Vasai | Screengrab

A fire broke out in a perfume and plastic company at Shastrikar Pada in the Vasai area of Maharashtra's Palghar district on Thursday.

As per the fire department, no injury has been reported in the incident.

"The fire started at around 10:30 am today. As soon as we received the information, four fire tenders were rushed to the spot to douse the fire," they said.

"When the fire started, some people were safely evacuated. Fire brigade engaged in controlling the fire," the fire department added.

#WatchVideo: Massive fire breaks out at perfume and plastic company in Vasai