In a similar incident in May this year, a bison strayed into a locality in Karnataka's Mangaluru city. The animal was tranquilised and it later died.
PTI 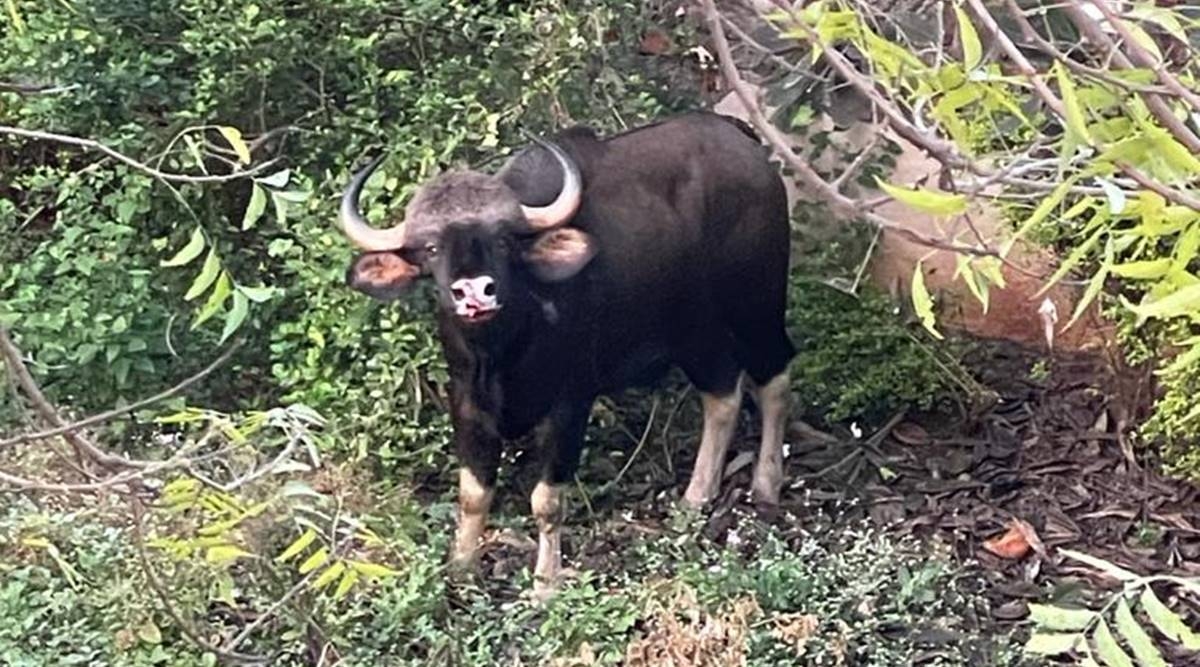 Pune: A gaur (Indian bison) strayed into a residential area in Maharashtra's Pune city on Wednesday morning, triggering panic among residents, and died after being captured by a forest team, officials said.

Divisional Conservator of Forests Rahul Patil said the animal may have died because of stress or rise in the body temperature, but they are trying to ascertain the exact cause of the death.

The gaur, also called as the Indian bison, has been listed as 'vulnerable' on the International Union for Conservation of Nature's (IUCN) Red List since 1986.

Around 7.30 am, some locals spotted the animal in Mahatma residential society in the plush Kothrud area here and alerted the forest department, he said.

Prima facie, the animal was suspected to have ventured into the residential society from Mulshi forest area located nearby, Patil said.

A team of forest personnel was rushed to the spot and police personnel were also deployed in the area to control the crowd which came out to see the gaur.

"The forest team used tranquilisers and managed to rescue the bison around 1 pm," another forest official said, adding that the animal had some injuries on its mouth and it will be given medical aid before being released into a forest.

However, the bison later died, Patil said, adding that they are looking into the exact cause of the animal's death.

"The death is not because of injuries, but it could be because of high stress and an increase in body temperature of the animal," he said.

In a similar incident in May this year, a bison strayed into a locality in Karnataka's Mangaluru city. The animal was tranquilised and it later died.