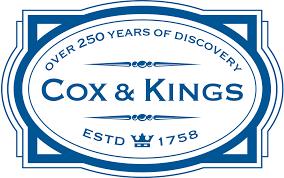 A special court on Wednesday rejected the bail applications of internal auditor of Cox and Kings Naresh Jain and Chief Financial Officer of the group Anil Khandelwal in a money laundering case in connection with Yes Bank.

Both their bail pleas had been on merits of the case. Their advocates had argued before the court that they were not in managerial positions and the amounts that were allegedly laundered were not public money, but private money. They had both told the court that it is the promoter of the company - Peter Kerkar, who had also been arrested by the Enforcement Directorate (ED) recently, who was responsible for the offence.

The ED had opposed their pleas and told the court that the huge amount of over Rs. 3,600 crore that was laundered was, no doubt, public money. The money had gone to a subsidiary of Cox and Kings - Ezeego. The agency further told the court that though Jain and Khandelwal had no standing in the subsidiary, the agency had learnt that they had played a role in the money being diverted from Ezeego to another private company Redkite.

The agency had brought to the court’s attention that after the arrest of Kerkar, they have learnt that the proceeds of crime are up to Rs. 6,000 crores and argued that unless Jain and Khandelwal, being the internal auditor and Chief Financial Officer respectively, were taken in confidence, the offence could not take place. It could not be a one-man’s game, the ED asserted, contrary to what had been claimed by the duo. It said they have worked under the direction of Kerkar and in connivance with him. It also told the court that many accounts had been opened and resolutions signed by people on the instructions of the two.

Jain and Khandelwal were arrested on 6 October. According to the agency’s case, the travel group had availed loans to the tune of Rs.3642 crores from Yes Bank and used manipulated finance statements and balance sheets in order to divert the loan amount and siphon it. The sanctioning of the loans was driven by Yes Bank founder and then MD and CEO Rana Kapoor by defying norms. Kapoor is said to have directed bank officials to not make efforts to recover the loans that became outstanding. Kapoor is in prison in another multi-crore fraud case where he is an accused along with promoters of Dewan Housing Finance Corporation Ltd (DHFL).