Train 18 will resemble Shatabdi trains and the routes under consideration are via Pune/Daund or via Manmad railway stations.
FPJ Web Desk 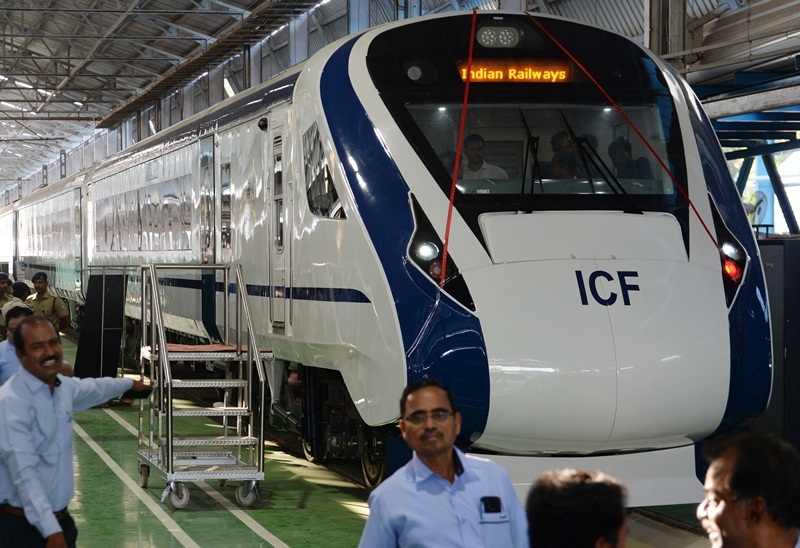 If all goes well, commuters can soon travel from Mumbai to Shirdi in three hours, as Central Railway’s (CR) first Train 18 will ply between Mumbai and Shirdi. The semi high-speed train, which is also known as Vande Bharat Express, will cut down travelling time of 291-kilometer distance by six hours.

According to Hindustan Times, Train 18 will resemble Shatabdi trains and the routes under consideration are via Pune/Daund or via Manmad railway stations. The zonal railway will also finalise where Train 18’s maintenance will be carried out in the coming days. In a meeting which was held earlier this month, the CR officials had proposed that the Train 18 will leave Mumbai early in the morning and reach Shirdi in three hours. So commuters can plan a return journey from Shirdi on the same day.

A senior CR official told the leading daily, “Mumbai-Shirdi route for Train18 operation on Central Railway was decided after consultation with the Railway board officials. The final route decision will be taken soon." In May, the Ministry of Railways had held a meeting of all zonal railways in New Delhi to decide the routes on which Train 18 could operate. Western Railway is also planning to introduce the train on the Mumbai-New Delhi route.