'They'll do their job and I'll do mine': Sonu Sood on recent 'survey' by I-T dept 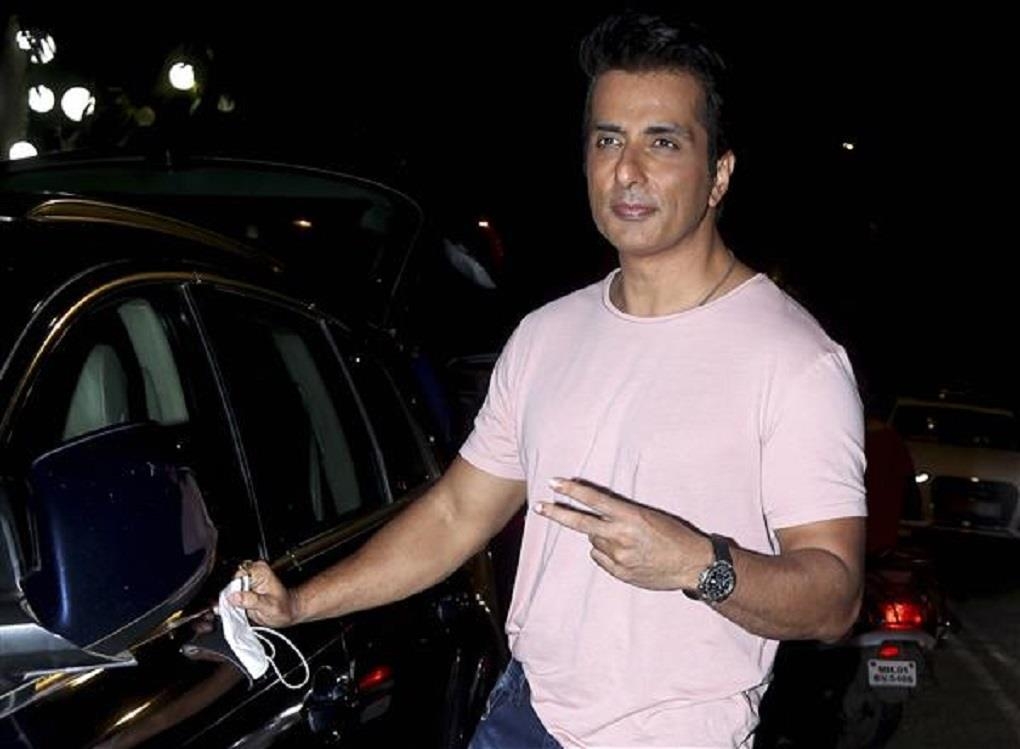 Bollywood actor Sonu Sood while speaking to reporters about the recent allegations of tax evasion against him stated that he is co-operating with the IT department in their probe and has denied any allegations of wrongdoing.

"Everything is in process and in front of everyone. We've given all details to everyone. They'll do their job and I'll do mine. I'll even become a brand ambassador if you call me in Rajasthan, Gujarat, Punjab," ANI quoted the actor saying.

"We're teaching students across the country. If any govt will call me, I'm there for them. In my foundation, the maximum funds we get is through my endorsements fee and it takes time to spend them. Not even a single penny has come to my account," he said.

The Arvind Kejriwal-led AAP government in Delhi recently appointed Sood ambassador of its 'Desh ka mentors' programme under which students will be guided in making their career choices.

Sood routed his "unaccounted income in the form of bogus unsecured loans from many bogus entities", the Central Board of Direct Taxes claimed after the Income Tax Department raided the actor and a Lucknow-based infrastructure group.

It also accused the "Dabangg" actor -- who came into the national spotlight for his work with migrants and others during the Covid pandemic through his Sood Charity Foundation -- of violating the Foreign Contribution Regulation Act (FCRA) while raising donations from abroad.

Sood said in his statement that he had pledged himself to the service of the people of India with all his "strength and heart".

"You don't always have to tell your side of the story. Time will. Every rupee in my foundation is awaiting its turn to save a precious life and reach the needy. In addition, on many occasions, I have encouraged brands to donate my endorsement fees for humanitarian causes too, which keeps us going," he said.

In a statement on Saturday, the CBDT claimed it had found "incriminating evidence pertaining to tax evasion" during the course of searches at the premises of the actor and his associates. The searches began on September 15 and continued for three more days.

"The main modus operandi followed by the actor had been to route his unaccounted income in the form of bogus unsecured loans from many bogus entities," the statement had read.

It added that, so far, the use of 20 such entries has been found and the providers of which, on examination, "accepted" on oath to have given "bogus" accommodation entries (transaction entries in accounts).

Sood hit the headlines after he arranged free transport through rail, air and road for numerous migrant workers to reach their home states during the nationwide lockdown clamped last year to contain the spread of coronavirus pandemic.

The CBDT said the charity foundation set up by the actor was incorporated on July 21, 2020 and had collected donations to the tune of Rs 18.94 crore from April 1, 2021 till date.

Out of this, it said, the foundation has spent around Rs 1.9 crore for various relief works and the balance of Rs 17 crore has been found lying "unutilised" in its bank account.

Funds to the tune of Rs 2.1 crore have also been raised by the charity foundation from overseas donors on a crowdfunding platform "in violation" of FCRA regulations, it alleged.