A magistrate court in the city on Monday granted bail to businessman Raj Kundra in the pornography case in which he was arrested, two months after his arrest on July 19.

In a bail plea filed through advocate Prashant Patil on Saturday, Kundra had claimed that he had been made a scapegoat by investigating agencies in a motivated probe. All the victims cited by the crime branch in its chargesheet are adults and have voluntarily acted in the videos, he had said.

Further he had pointed out that he had not been named in the earlier FIR in the case registered in February and was being dragged into it and falsely implicated. “It is only now, for reasons best known to the investigating agencies, the applicant is being made a scapegoat,” his plea had read.

Kundra had sought parity with co-accused in the case who were arrested after the registration of the FIR earlier and had secured bail. Kundra and his company’s IT head Ryan Thorpe had been arrested later as part of further probe after filing of the first chargesheet in the case.

The 45-year-old had also said that Armsprime Media Pvt. Ltd., which is at the centre of the crime branch’s case and is alleged to have developed the Hotshots app that broadcast the obscene content, had nothing to do with pornography. Kundra had contended that he was never involved in shooting the objectionable videos or in the content creation aspect. He said he had got associated with the firm in February 2019 and had exited it in December 2019. He had invested in it as a genuine business decision, he had said, on the insistence of a long time acquaintance Saurabh Khushwaha. The platform only provided a space for artists, creators and celebrities to interact with their fans, his plea had stated.

Kundra's wife Shilpa Shetty who has been listed as a witness in Mumbai Police's charge sheet told the cops she was not aware of her husband's activities as she was busy with her own work.

"I was too busy with work, I did not know what Raj Kundra was up to," the actor had said. 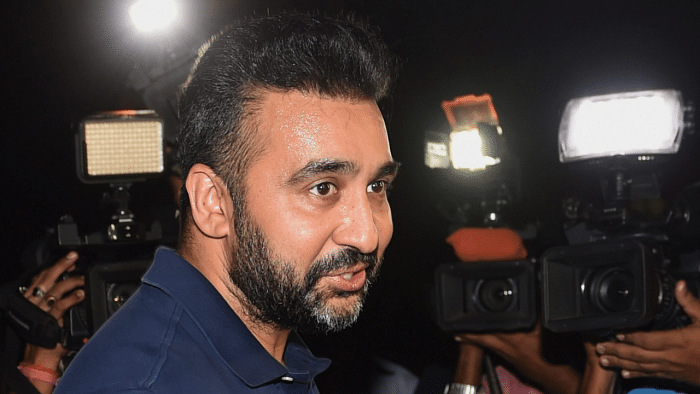