Traffic stopped on Mumbai-Nashik Highway for five hours after a container lost control and rammed into HP gas tanker. The traffic police along with local authorities and disaster management moved the vehicles met with an accident and freed the traffic movement on the highway.

Citizens had to face hours of traffic on the road as the authorities were busy moving the heavy vehicle from the road.

According to the Regional Disaster management cell of Thane the incident took place in the wee hours of Tuesday at 3:30am. It took place near Rukmini Dhaba, Mankoli, Bhiwandi. "An Eicher truck was coming from the wrong side on Nashik Mumbai highway and while saving itself from the truck, driver of container MH 26 DF 4329 lost control of the vehicle. It turned turtle and rammed the HP gas tanker MH 48 AY 2499 coming on Mumbai-Nashik highway. It resulted in to injuring the tanker driver who was shifted to the hospital by the traffic police official," said an official.

The traffic personnel from Mankoli traffic unit were present at the spot and had cleared the traffic movement.

Balasaheb Patil, deputy commissioner of police, Thane traffic said, "It were heavy vehicles and took time to move aside. Our officials were present at the spot till the traffic was cleared. It took time, but the traffic movement was cleared for motorists after next day morning," added Patil. 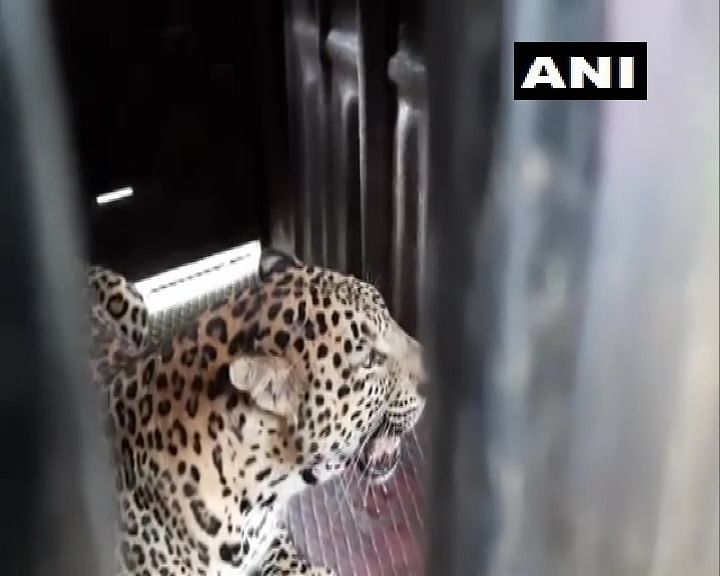