On November 2 and 3, only 1 case was reported. On November 4, around 14 cases, and on November 5 at least 15 cases were reported of the small fire incidents
Faisal Tandel 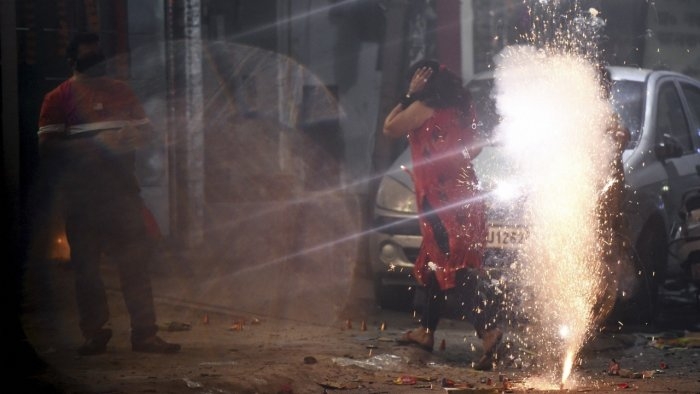 The Thane Municipal Corporation had reported 33 incidents of minor fire this year during Diwali. Of the 33 incidents of fire, most were due to burning firecrackers in celebration of the Diwali festival.

However, a recent report by FPJ claimed that an average of 105-decibel noise in Thane city was recorded which made it clear that this is year was louder than the previous year during the Diwali celebration.

On November 2 and 3, only 1 case was reported. On November 4, around 14 cases, and on November 5 at least 15 cases were reported of the small fire incidents that occurred due to firecracker bursting.

Santosh Kadam, head of Regional disaster management cell of Thane Municipal Corporation confirmed the fire incident, "Most of it was minor fires during the festival. We had our team ready who reached the spot and doused the fire before any incident. No injuries or causality were reported," he said.

In an incident, a fire was reported this Diwali on November 4 in the outdoor unit of the air conditioner caused because of firecrackers on the 1st floor of the Society office of Varun Arcade Building, Manpada, Ghodbunder Road, Thane (W).

The same day, a fire in a coconut tree was caused due to the bursting of crackers near Ashwini Building, Kores Nakshatra, Vartak Nagar, Pokharan Road no.1, Thane (W). Another minor fire incident was reported in the plastic Tarpaulin of Malvan Kinara Polibhaji Center.