Thane: Only 1% of citizens bought electric vehicle in 2021

Sources from the RTO said the 870 electric vehicles include 807 private and 63 commercial vehicles. However, it almost calculated a per cent of 1.065 % purchase in 2021.

With the increasing petrol and diesel prices across the country. Motorists are opting for electric vehicles, which are also said to be pollution-free. But if the figure provided by Thane RTO is to be believed. Only one per cent of the citizens had booked the electric vehicle last year.

In 2021 the Thane RTO had registered 81, 668 vehicles across the Thane district. Out of which only 870 electric vehicles were purchased and registered at the Thane Regional Transport office. "Out of the 870 around 593 are motorcycles and 214 motor cars. The electric car come with green number plates and Thanekar's are not much interested in purchasing it," said a police officer.

Sources from the RTO offices said electric vehicles with an upgraded version coming up. People are opting for these vehicles which are pollution free. "In the past few years, the sale of CNG and electric vehicles has seen a rise. Presently, compared to petrol and diesel, citizens mostly prefer CNG vehicles, which they think is affordable for them. However, with the coming day's electric vehicles too will see a hype as many citizens are still not aware of its benefits and losses," said an official from the RTO, Thane.

Sources from the RTO said the 870 electric vehicles include 807 private and 63 commercial vehicles. However, it almost calculated a per cent of 1.065 % purchase in 2021.

Compared to the old BEST and State Transport buses. The city municipal corporation including Mumbai, Thane and Navi Mumbai have electric buses for the daily transport of citizens. "In the coming days, there will be only electric buses and metro lines in the city. Just like in Delhi, where public transport is a greener and better option than using a private vehicle. It will help curb the pollution in the city and give the citizens a relief to breathe," said an officer.

However, authorities claimed if the citizens believe that they have to travel in an electric vehicle in the coming future. The approach towards the purchase will see a rise. The 63 electric commercial vehicles include 30 auto-rickshaw, 20 auto-car and 13 goods tempo.

Manohar Chavan, a resident of Thane said, "Common citizens mostly prefer CNG vehicles. However, to increase the sale of e-vehicles the authorities should come up with charging stations at different routes. This will promote the electric car. Like earlier, CNG was not so popular. But with pumps coming across the city the demand for vehicle sales increased," he said.

Neelam Kumbhar, another Thane resident, said, "The electric car is preferable for driving in cities like Mumbai, Thane, Navi Mumbai and Pune which are connected internally. If the battery is charged properly at home it almost travels 45 to 50 kilometres. As the battery is portable we can charge it at home," she added. 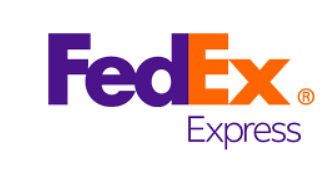