Thane: 5-Foot python found in backseat of auto-rickshaw in Titwala

Thane: A five-foot-long Indian rock python slithered into the backseat of an auto-rickshaw in the Titwala area in Thane district of Maharashtra on Saturday, triggering panic among auto-rickshaw drivers and the people.

The incident happened on Saturday morning when the auto-rickshaw driver went to check his auto which was parked on the roadside. The passenger was waiting and he was about the enter the auto to start the journey but both the auto driver and passenger were shocked when they found a 5-foot Indian rock python sitting in the backseat.

Soon after noticing the snake curled up on the back seat the auto driver frantically dialled the number of snake charmer from wildlife NGO War Foundation.

War Foundation snake charmer Sagar Mhatre soon reached the spot after getting the information regarding python on the backseat of an auto-rickshaw. Sagar Mhatre after an hour of attempt successfully caught the python and transferred it into a transportation carrier. When the python was caught the auto-driver and the people from the area breathed a sigh of relief.

Sagar Mhatre, snake charmer informed, "During the rainy season, there are incidents of venomous and non-venomous snakes coming in large numbers in search of prey in human settlements. Since humans are not the natural prey of pythons, humans are not in any danger from pythons. But some people kill pythons out of fear. Python skin is used especially for purses, belts etc. Python skin is in high demand in the international market. Hence python poaching and smuggling of its skins is rampant. Pythons have declined in many areas due to massive hunting. The Government of India has banned the keeping, killing or possession of python skins by law."

Mhatre a snake charmer created awareness by giving all the information to the people present at the spot and he also requested that anyone who comes across a snake or any other wildlife in their living area should not kill them and contact the nearest animal lover or forest department.

The python was safely handed over to the forest department and later forest area officer R. N. Channe and forester Ramdas Ghorle released the python into its natural habitat.

Read Also
Mumbai: Sunday Street to be hosted at Nariman Point on July 24; police lists instructions to be... 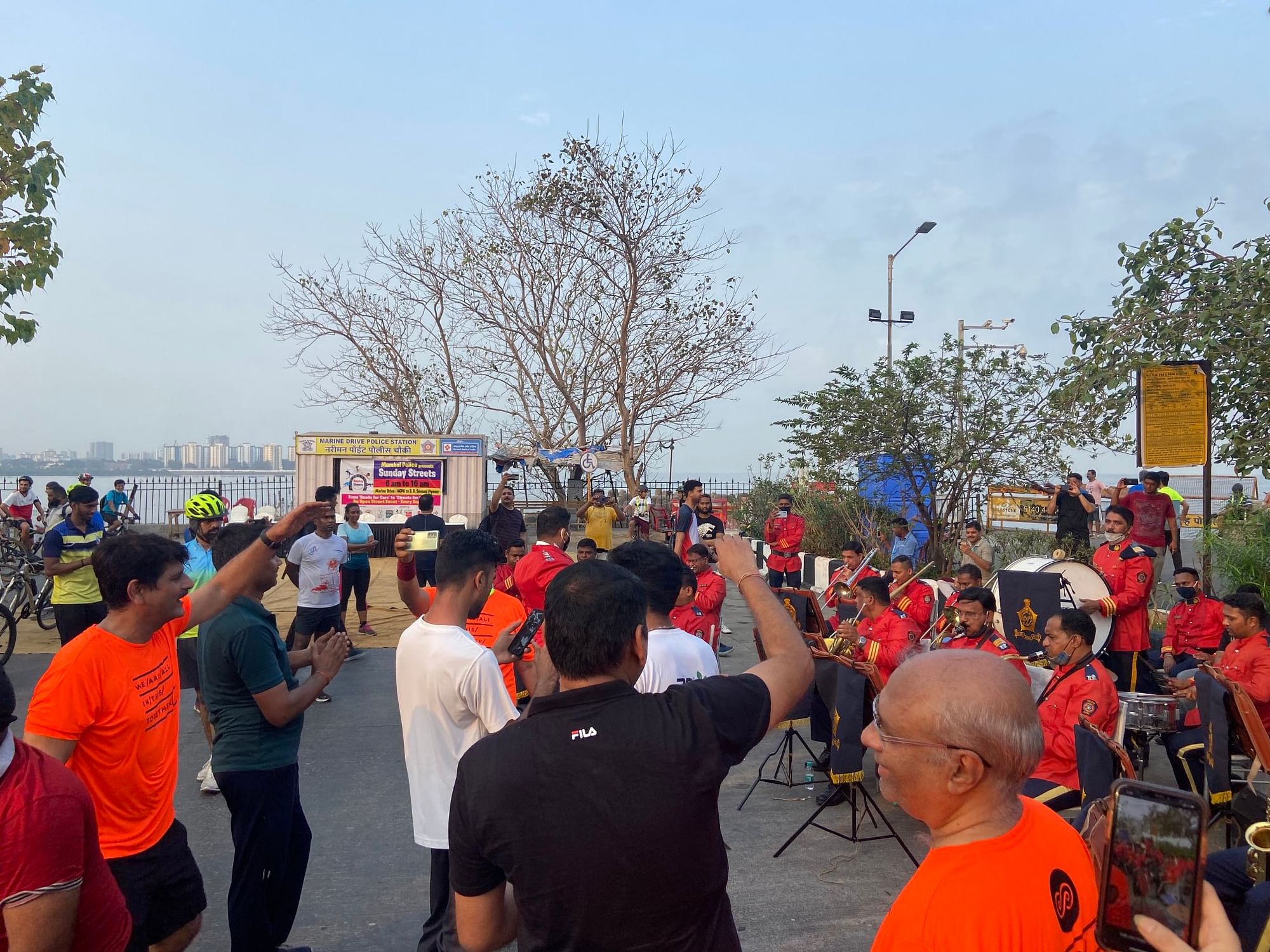 HomeMumbaiThane: 5-Foot python found in backseat of auto-rickshaw in Titwala