HomeMumbaiMumbai: Teen sets himself on fire while arguing with girlfriend on video call

Mumbai: Teen sets himself on fire while arguing with girlfriend on video call

Mumbai: A youngster set himself ablaze while quarrelling with his girlfriend on a video call at his residence in Santacruz on Tuesday, said the police.

The victim has been identified as Sagar Parshuram Jadhav, 19, who tried to immolate himself after getting into an argument with his girlfriend. According to a source from the hospital, the victim sustained 30% burn injuries.

"The victim is in stable condition and there have been no arrests made so far in the case. The investigation is underway," said senior police inspector Pradeep Madhukar Rao, Vakola police station.

According to the police, Jadhav and his girlfriend got into an argument over her taking a particular route to return home post a Ganesh Utsav Pandal visit late on Monday night.

During the argument later on the video call, Jadhav threatened to set himself on fire if she didn’t heed to his demands. In the heat of the moment, while arguing, he tried to immolate himself, which led to his shirt catching fire.

The family members who were present at home doused the fire and took the boy to the hospital, where he is under treatment.

According to the statement given to the police, the victim has claimed sole responsibility for the incident and is holding no one responsible for it. 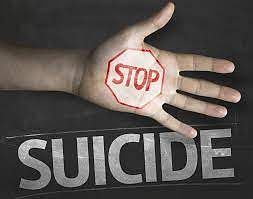