Yasmeen Wankhede, the sister of Narcotics Control Bureau's (NCB) Mumbai zonal director Sameer Wankhede on Wednesday said Nawab Malik is dragging her in all this to take out his "personal vendetta or his son-in-law's arrest".

Yasmeen said she would like to send a message to the women in Nawab Malik's family. "...teach him to respect women...It is illegal to disrespect a woman. It is an infringement of the rights and privacy of women," Yasmeen said.

"You are in power. . Please do some good work. There are a lot of POCSO Act cases reported in his area. Go work for those people. Please be something of use. Do go mad for your son-in-law that how your son-in-law got arrested despite you being a powerful man," Sameer Wankhede's sister said.

She had earlier written to National Commission for Women (NCW) to register an offence against NCP leader Nawab Malik who has launched an 'attack' against her brother.

"She also claimed that she was being stalked online and the minister was illegally distributing to media persons her personal photographs posted on her social media handles like Instagram and Facebook, according to the complaint filed recently." 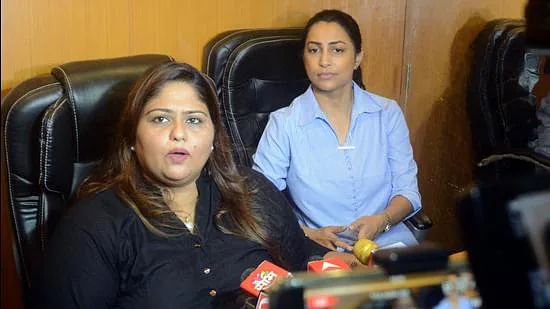