'Stones will be answered with stones, swords with swords': Raj Thackeray warns of 'befitting reply' to rallies against CAA, NRC

Thackeray also wondered "opposition" of Muslims to the Citizenship Amendment Act (CAA) and the NRC.
PTI 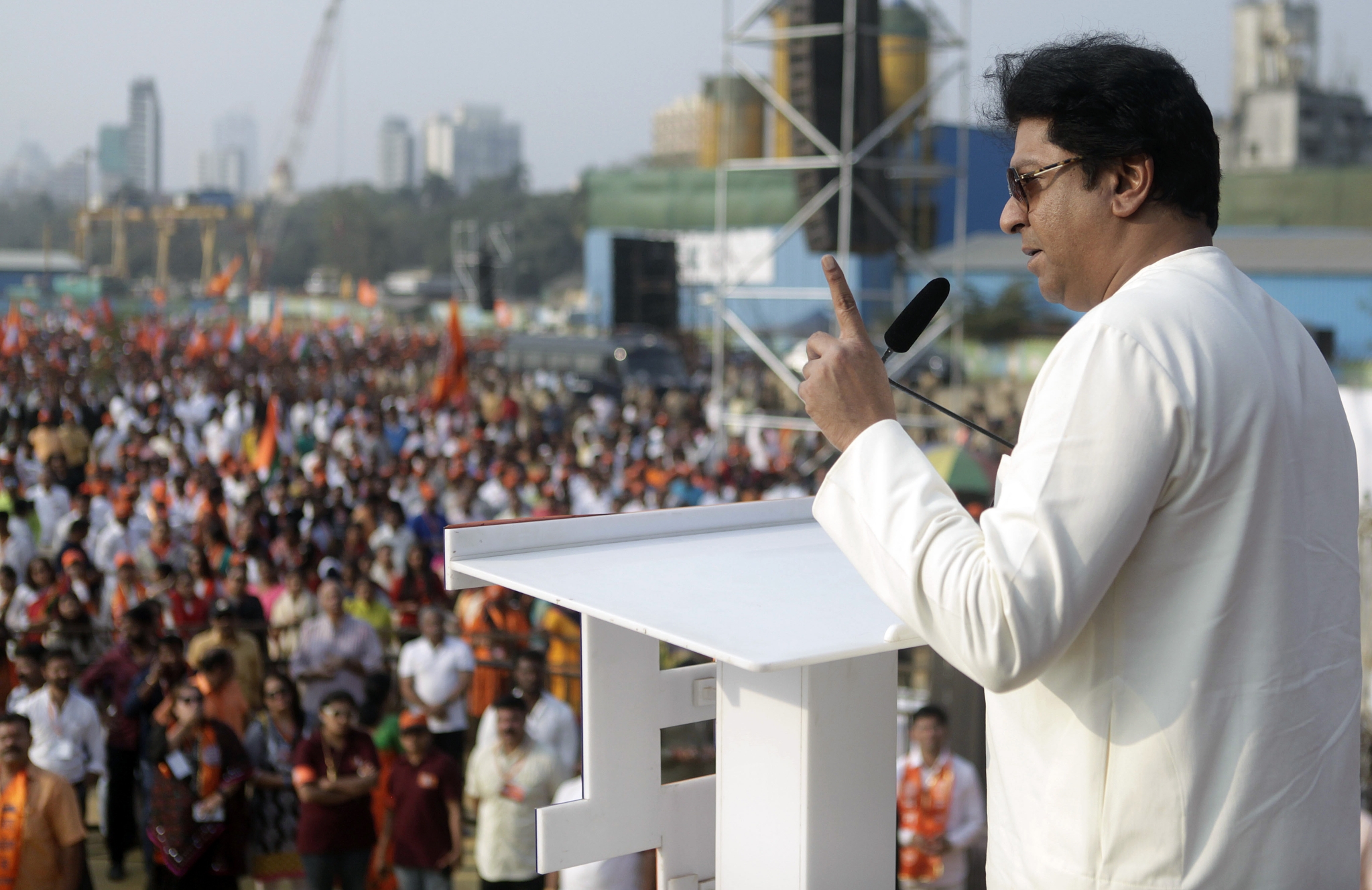 Extending his support to the new citizenship law and the proposed National Register of Citizens, MNS chief Raj Thackeray on Sunday warned of giving a "befitting reply" to rallies being held against the CAA and the NRC.

In the afternoon, the MNS took out a huge march from Girgaum Chowpatty to Azad Maidan in south Mumbai demanding eviction of illegal Pakistani and Bangladeshi infiltrators from the country. The morcha was culminated at Azad Maidan.

Addressing the gathering of thousands of MNS activists at the Maidan, Thackeray said, "henceforth a stone will be answered with a stone and a sword with a sword".

The Maharashtra Navnirman Sena chief himself joined the "mahamorcha" (mega march) on foot from Hindu Gymkhana to Metro Junction, a distance of about one km. His wife Sharmila and son Amit also participated in the programme.

Thackeray also wondered "opposition" of Muslims to the Citizenship Amendment Act (CAA) and the NRC.

"I don't understand why Muslims are protesting against the CAA and the NRC. Who is going to evict those who are living in India since their birth?" he asked.

"...To whom are you (anti-CAA and anti-NRC protesters) trying to show your power, and why?" he said.

Thackeray blamed the ongoing protests against the CAA and the NRC on the "lack of proper understanding" of the issues.

"The CAA gives citizenship to those Hindus who have faced religious atrocities in neighbouring countries (Pakistan, Afghanistan and Bangladesh and migrated to India)," he said.

"..Do you (illegal immigrants from Pakistan and Bangladesh) consider my county a 'dharmashala' (charity shelter)?" Thackeray questionned while speaking on the NRC.

He also wondered whether the Union government enacted the CAA as a "ploy to divert the attention of people from the poor financial situation prevailing in the country".

Thackeray appealed to the Central government to give a "free hand to the police for 48 hours to evict infiltrators from Mumbai". 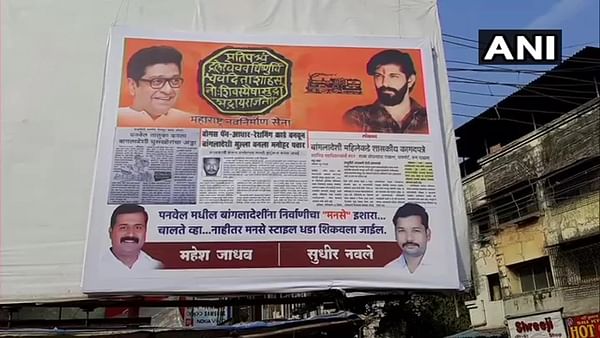 ‘Leave or you will be driven out MNS style’: Raj Thackeray’s party’s poster threatens...