From working as an electrician to joining a labour movement to playing a key role in expanding the Naxal footprint in Central India, 57-year-old Milind Teltumbde climbed up gradually in the Maoist hierarchy over years, and in the process became a ruthless comrade who didn't hesitate in planning and launching deadly encounters against the security personnel, according to Gadchiroli police.

He had 67 major offences, including participating in encounters against the police, murder and dacoity, registered against him in Gadchiroli alone, the police said in a release on Sunday.

Milind Teltumbde, carrying a bounty of Rs 50 lakh on his head, was gunned down along with 25 ultras in a ten-hour-long gun battle in the Mardintola forest in the Gadchiroli district by C-60 commandos on Saturday.

He was known by many monikers like Jiva, Deepak, Praveen, Sudhir, Sahyadri, according to the police.

He was one of the wanted accused in the Elgar Parishad-Maoist links case.

He was the brother of activist Anand Teltumbde arrested earlier in the Elgar Parishad-Maoist links case and is currently lodged at the Taloja prison in neighbouring Navi Mumbai, police officials had said earlier in the day.

Milind Teltumbde was born to Baburao Teltumbde on February 5, 1964. He hailed from Rajur village in Wani tehsil in the Yawatmal district of Maharashtra. After clearing the class 10 exam, Milind Teltumbde took admission to an Industrial Training Institute (ITI).

During 1984-85, he joined the Dhoptala (Sasti) open cast coal mines. He also worked as an electrician in the Padmapur open cast coal mines where he came into contact with Sujan Abraham, state secretary, Akhil Maharashtra Kamgar Union and gradually became influenced by the Naxal ideology, police said.

Milind Teltumbde then joined a labour movement through the Majoor Sanghatan and the Indian Mine Workers Federation. Before 1994, he had worked as president of the Navjawan Bharat Sabha.

In the year 2004-2005, he became a member of the Maharashtra State Committee (MRSC) of Maoists. After the arrest of Shridhar Shrinivasan, he was promoted as Secretary of MRSC, police said.

In 2012-13, he worked as in-charge of the North Gadchiroli-Gondia-Balaghat Division. During the fourth meeting of the Central Committee Members (CCM) held in April 2013, he was promoted as the CCM member. In the year 2016-17, MRSC was dissolved and a new Maharashtra-Madya Pradesh-Chhattisgarh (MMC) zone was formed and he was appointed as the leader to the MMC zone, the police said.

In the year, 2021, Milind Teltumbde acted as CCM and also as the in-charge of the MMC zone. He monitored and analysed the movements of security forces in Gadchiroli, Gondia, Balaghat and Rajnandgaon.

He was the mastermind in laying many an ambush, triggering bomb blasts and other subversive activities. He played a vital role in strengthening Naxal organization in urban areas, police said.

According to police, Milind Teltumbde had been involved in 42 incidents of encounters, murdering seven civilians and four policemen. Other cases against him included those of arson and dacoity. 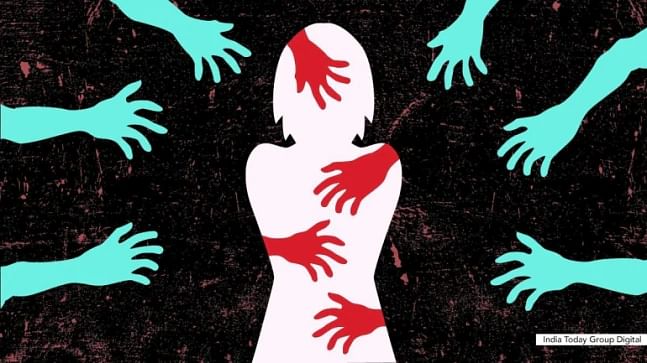