Sindhudurg Airport in the Konkan region of Maharashtra has received an aerodrome licence from the DGCA, paving way for commercial flight operations from the facility.

On September 7, Union minister Narayan Rane had said the Chipi airport in Sindhudurg district of Maharashtra would be inaugurated by Aviation Minister Jyotiraditya Scindia on October 9.

Earlier the Shiv Sena, which is ruling the state in alliance with Nationalist Congress Party and Congress, had announced a similar programme by Chief Minister Uddhav Thackeray.

Come up at an investment of Rs 800 crore the first green airport at Chipi in Sindhudurg district, the state is expected to bring economic boom for the region with lots of employment and self-entrepreneurship opportunities for local people, the developer IRB Sindhudurg Airport Pvt Ltd said in a release.

IRB Sindhudurg Airport Pvt Ltd is a special purpose vehicle of IRB Infrastructure Developer that was formed and mandated with the task of project development and operations.

IRB is happy to achieve yet another milestone in the current year and see the airport receive licence to operate after successful completion, said Virendra D Mhaiskar, chairman and managing director of the company.

"With a concession period of over 90 years and a compelling regional proposition, it offers meaningful avenues of growth. We express our sincere gratitude to all authorities and stakeholders for extending their valuable cooperation and support in bringing up this new facility. We now look forward to opening the facility for airline operators and the general public soon," he added.

With a 2,500-metre-long runway, the airport will have a capacity to handle 200 departing and 200 arriving passengers during peak hours.

IRB Sindhudurg Airport with the cost outlay of approx. Rs 800 crore and concession period of above 90 years is the first of its kind such a facility in the South Konkan region, which is aimed at establishing and enhancing air connectivity of the region with western Maharashtra; Southern states; Mumbai and subsequently to all regions across the country, the company said.

The Airport will not only generate the passenger traffic, but also it will be a boon for economic development of the region as it will facilitate and boost cargo transportation, generate direct as well as an indirect employment and other business opportunities for the local people, said the release.

The airport operators also said that the facility has potential to become a cargo hub of the western region as there is ample space for handling the cargo, and is expandable to meet the future growing needs. 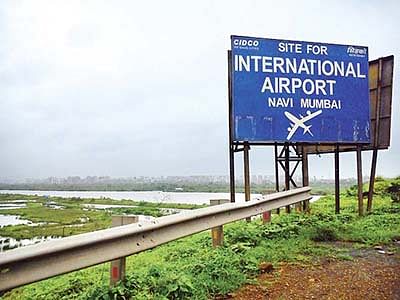