He said that the violence in Uttar Pradesh’s Lakhimpur Kheri in which at least eight persons, including farmers and a local journalist, died on Sunday, had shaken the nation.

Taking to Twitter, the MP wrote, “#LakhimpurKheriViolence has shaken the nation,@priyankagandhi has been arrested UP govt, opposition leaders are being restricted from meeting farmers. There is need for joint opposition action against oppression by Government in UP. Meeting @RahulGandhi at 4.15 pm today. जय हिंद!”

In an editorial, the Sena said Modi was a “very sensitive and emotional person”, while adding that it was “surprising” that he had not offered condolences to the families of the people killed. “There have been many occasions where the Prime Minister was seen getting emotional over the issues of the poor. It is surprising that the sensitive Modi has not expressed condolences to families of the farmers who were crushed to death...”

Earlier, UP Police registered an FIR against Congress general secretary Priyanka Gandhi Vadra and 11 others for disturbing peace in the state.

Meanwhile, Chhattisgarh Chief Minister Bhupesh Baghel on Tuesday sat on a dharna at Lucknow airport after being refused to walk out of its premises by the Uttar Pradesh Police. 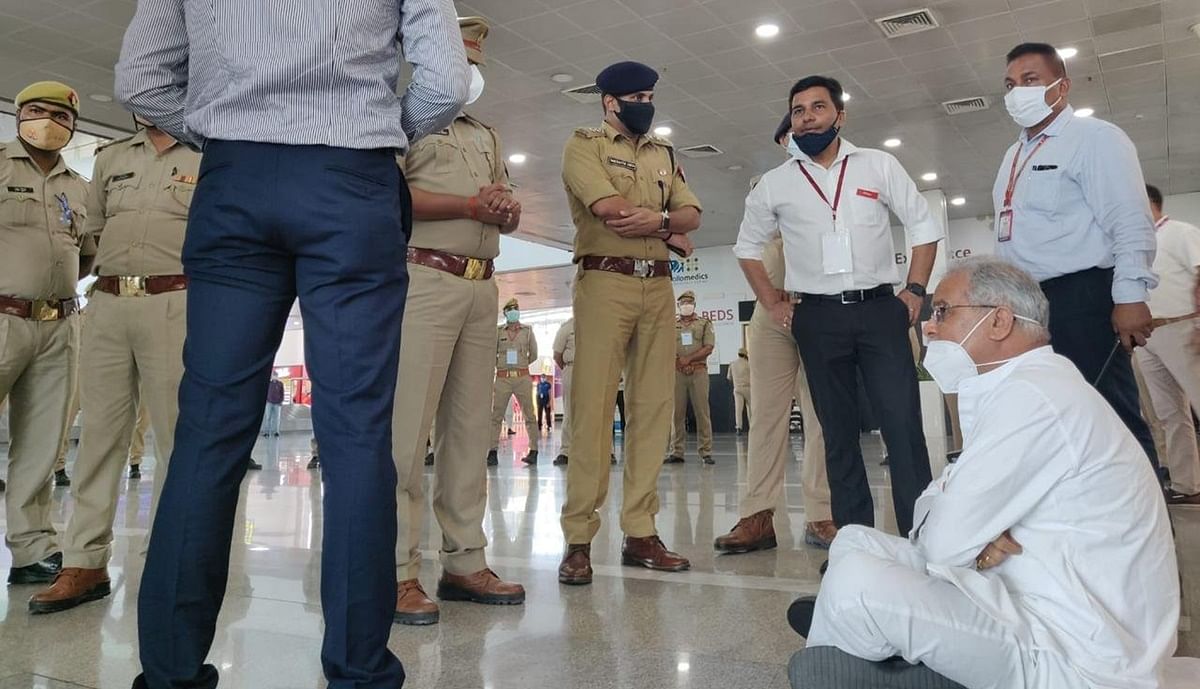