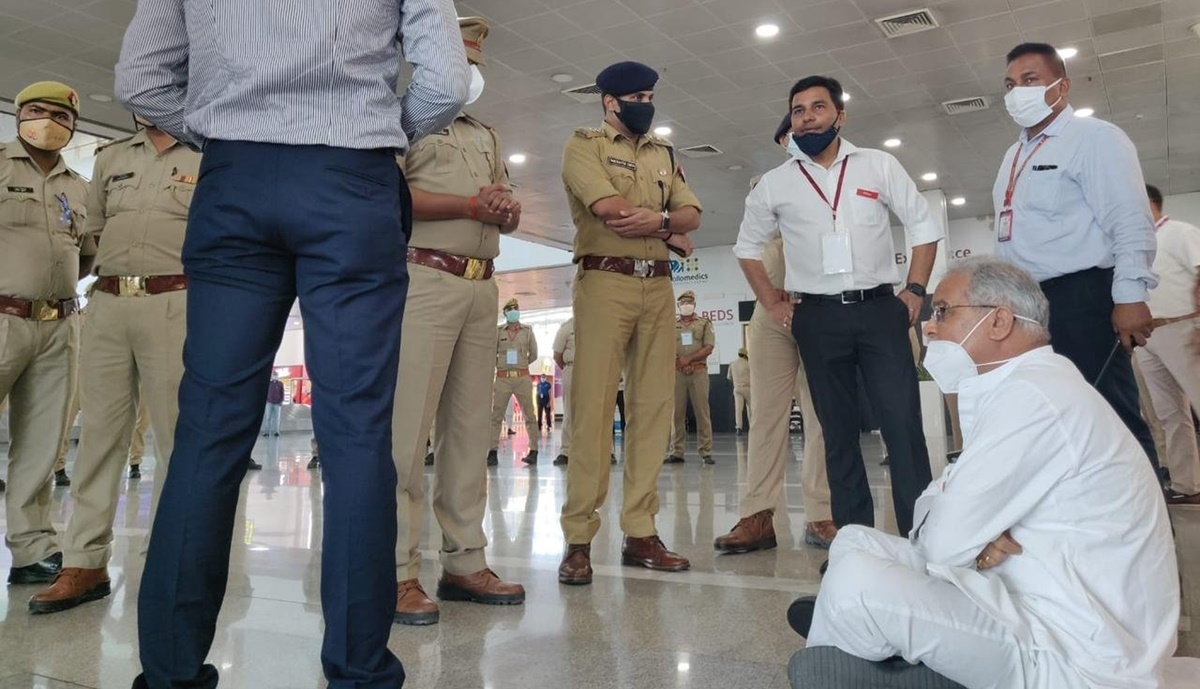 Chhattisgarh Chief Minister Bhupesh Baghel on Tuesday sat on a dharna at Lucknow airport after being refused permission to exit its premises by the Uttar Pradesh Police.

Chhattisgarh CM Bhupesh Baghel claimed that he is not being allowed to leave the Lucknow airport, where he has arrived to meet Congress leader Priyanka Gandhi Vadra at Uttar Pradesh's Sitapur.

"I came to Lucknow to proceed to meet Priyanka Gandhi ji at Sitapur. But I am not being allowed to leave the airport," he told news agency ANI.

Meanwhile, taking to Twitter, Baghel said: "I am being stopped from going out of Lucknow airport without any orders."

The Chhattisgarh chief minister reasoned with the police on duty as to why he was being stopped but to no avail, a Congress spokesman said. "Why am I being stopped? I am not going to Lakhimpur where there are prohibitory orders in place. I am only going to PCC (Congress office)," he asked the police personnel.

Talking to mediapersons at the airport, Baghel said he does not plan to go to Lakhimpur Kheri but to the Congress office where he was scheduled to address a press conference later in the day.

Baghel also said he has come to meet party national general secretary Priyanka Gandhi Vadra who is currently in custody at Sitapur. The CM had earlier said that he will visit Lakhimpur Kheri where eight people lost their lives on Sunday.

The Uttar Pradesh government had Monday asked the Lucknow airport authority not to allow Chhattisgarh chief minister and the Punjab deputy chief minister who had to visit Lakhimpur Kheri in view of the violence that erupted there.

Eight people were killed Sunday as violence erupted during a farmers' protest claiming the lives of both farmers and BJP workers ahead of a visit to Lakhimpur by Uttar Pradesh Deputy Chief Minister Keshav Prasad Maurya.