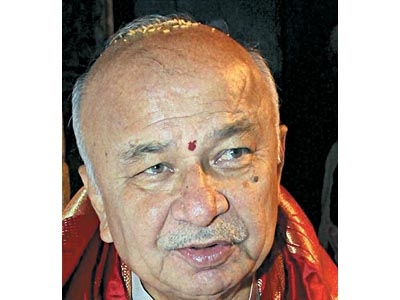 New Delhi : The Supreme Court has struck down allotment of three adjacent plots in Navi Mumbai to a realtor in 2004 by then Chief Minister Sushil Kumar Shinde, saying the chief minister cannot dispose of public property at his own “sweet will.”

The Bench of Justices M Y Eqbal and P C Ghose also struck down the Bombay High Court”s judgment restoring ownership to the businessman even after the Maharashtra Government”s City and Industrial Development Corporation (CIDCO) scrapped it after inquiry. It held that prima facie “no transparency” was maintained in the allotments made “without going through the tender process.”

Holding that the land allotment without bids was improper, the Supreme Court said any action of a state “must be founded on a sound, transparent and well-defined policy” and not “smack of arbitrariness.” It referred to a well settled principle that whenever the government dealt with the public establishment in entering into a contract, it “could not act arbitrarily on its sweet will… and the action of the government should not… smack of arbitrariness.”

The Bench also expressed displeasure at the way the High Court ruled in favour of businessman Nilesh Gala in 2009, holding that land meant for public utilities could be allotted without bids and directed CIDCO to restore the plots. The Bench said the High Court “lost sight” of the fact that by entertaining private applications of the same person, three different valuable plots were allotted in “different names.” The Apex Court upheld CIDCO”s appeal against the high Court ruling.

CIDCO had allotted three plots to Nilesh Gala’s companies Popcorn Entertainment and Platinum Entertainment, and the Platinum Square Trust for two multiplexes and a country club in June 2004 after the realtor made a direct application to Shinde as then CM. After elections in October, new chief minister Vilasrao Deshmukh ordered a probe into the controversial allotments and CIDCO cancelled the allotments in August 2005 on the probe panel reporting that the plots were given away without inviting proper tenders.

In the recent judgment that Justice Eqbal penned, the Court noted that Gala as “proprietor of two different companies” — Platinum Entertainment and Popcorn Entertainment — got allotment of “two valuable plots” for setting up a multiplex-cum-auditorium-cum-entertainment centre and a multiplex theatre by making “private applications to the then chief minister.”

“This is not the end of the matter. The same proprietor formed a Trust consisting of trustees in the name of M/s Platinum Square Trust and filed (an) application for allotment of another plot for the purpose of establishing (a) country club,” the Court pointed out.