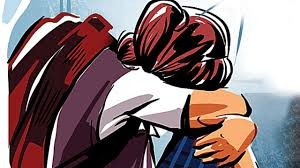 Mumbai: A 20-year-old sanitization worker was held after he allegedly molested a minor girl at a Covid care centre in Mankhurd on Monday. The accused is identified as Dipesh Salvi.

The girl was taking Covid-9 treatment at the centre, she was referred to the centre after she tested positive for coronavirus on September 9

Following the incident, the girl informed her parents who registered a complaint with Mankhurd police station. "Following the complaint we have arrested the accused under the sections 354 (molestation) and 323 (voluntarily causing hurt) of the Indian Penal Code (IPC) and also applied sections 8,12 of the Protection of Children from Sexual Offences act, " said Prakash Chougule senior inspector of Mankhurd police station.

The accused was produced before the court on Tuesday which remanded him in police custody, said police.