Sources said that the whole idea is to oppose RFID attendance wherein the staff needs to tap every time they go out.

The different railway unions have called for a protest to be held at the Lower Parel workshop on May 21. Interestingly sources said that the unions have asked the employees working here to not get their lunch boxes and instead queue up inside the canteen for food. Sources said that the whole idea is to oppose RFID attendance wherein the staff needs to tap every time they go out.

In fact, they won't be allowed to leave the premises during odd hours which has angered the rail employees. On May 20, a few unions sent out letters and even displayed notice boards about the threat of a protest at Lower Parel Workshop starting early Saturday morning. This is to oppose the implementation of RFID which the employees claim that, will restrict their movement. There are around 2800-3000 odd rail staff working at this workshop.

“We have asked the staff not to bring in lunch boxes and tiffin. We basically go out to have a cup of tea or eat something during breaks and lunchtime. However, the administration wants us to swipe our RFID card against the machine every time we step out. This is unfair. And so we have decided that all 3000-odd employees will queue up and eat at the canteen itself. It is the responsibility of the administration to provide good food plus they cannot blame us if it delays getting back to work,” explained angry rail employees working at the workshop.

The canteen can accommodate some 150-200 odd people plus rail employees sit on the floor of the workshop in groups or go out during lunch and tea breaks. In a letter written on May 20 by the Paschim Railway Bhartiya Kaamgar Sena; it states that the recently implemented Gate Access Control has been done without taking workers and employees into confidence. ‘This impulsive decision made workers feel like they are put into custody than work as employees. It is pertinent to mention that management instead of providing basic amenities like sufficient canteen facilities, purified drinking water, hygienic condition, in house health and medical facility etc.’ stated the letter.

Another notice board put up by Western Railway Employees Union mentions that the administration is adamant about implementing an RFID Card based system at the workshop. “We want the management to discuss before taking this step. There is no proper provision for food in the canteen. We will gather early on Saturday and take out a peaceful protest. We have also raised other issues that are bothering the employees,” said a union leader of WREU.

The administration on the other hand claim that this protest against RFID is uncalled for. “This will improve the system at large and we will know the efficiency as well,” said a Western Railway official.

The employees fear that in the future the work hours could be monitored based on the number of times the RFID card gets swiped. However, the administration claims that there will be no such thing. Sources said that the work hours at workshops run in shifts starting as early as 6-7 am and go on for 6-7 hours. Some also come at 8-10 am as well depending on the area of a workshop they are working.

The lunchtime begins at 11.30 am and goes till 2 pm, depending on the shift timings of people. Employees on a few occasions go outside the gate for basic requirements like tea, snacks, water, lunch etc. which the unions claim to be insufficient. During the Covid-19 pandemic as well, the WR authorities had started this RFID attendance, which was opposed back then.

Radio Frequency Identification (RFID) refers to a wireless system comprised of two components: tags and readers. The reader is a device that has one or more antennas that emit radio waves and receive signals back from the RFID tag. Tags, which use radio waves to communicate their identity and other information to nearby readers, can be passive or active. Passive RFID tags are powered by the reader and do not have a battery. Active RFID tags are powered by batteries.

When was it launched?

In December 2021, amid the surge of daily Covid cases owing to Omicron and Delta variants across Mumbai, the Western Railway introduced a new pattern of attendance system using an RFID card. 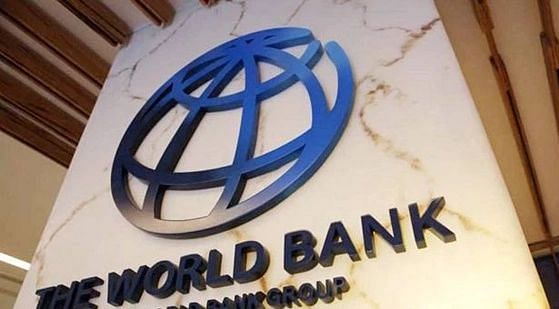