HomeMumbaiPune: More than 60 booked for holding protest over action against PFI

Pune: More than 60 booked for holding protest over action against PFI

Police had detained 41 of these protesters during their agitation held outside the Pune district collectorate on Friday.

Pune: More than 60 booked for holding protest over action against PFI | ANI
Follow us on

Pune: The city police have booked more than 60 persons for demonstrating without permission against the nationwide raids on the Popular Front of India (PFI) and the arrest of its activists, an official said on September 24.

Police had detained 41 of these protesters during their agitation held outside the Pune district collectorate on Friday, he said.

"We have registered an offence against more than 60 persons, including 41 who were detained yesterday, for organising a protest without permission, for unlawful assembly and for blocking the road," senior inspector Pratap Mankar of Bundgarden police station said.

#WATCH | Maharashtra: ‘Pakistan Zindabad’ slogans were heard outside the District Collector's office yesterday in Pune City where PFI cadres gathered against the recent ED-CBI-Police raids against their outfit. Some cadres were detained by Police; they were arrested this morning. pic.twitter.com/XWEx2utZZm

The police had earlier given a notice to the organisers not to hold any protest, but they did not follow the order, he said.

Reportedly, slogans of 'Pakistan Zindabad' were also heard during the protest outside collectorate.

Accordingly, an offence was registered against the protesters under Indian Penal Code (IPC) sections 141, 143 ,145, 147,149 (all pertaining to unlawful assembly), 188 (disobedience to order duly promulgated by public servant) and 341 (wrongful restraint), and also under sections the Maharashtra Police Act. The PFI, formed in 2006, claims to strive for a neo-social movement ostensibly for the empowerment of marginalised sections of India, and is often accused by law enforcement agencies of promoting radical Islam. 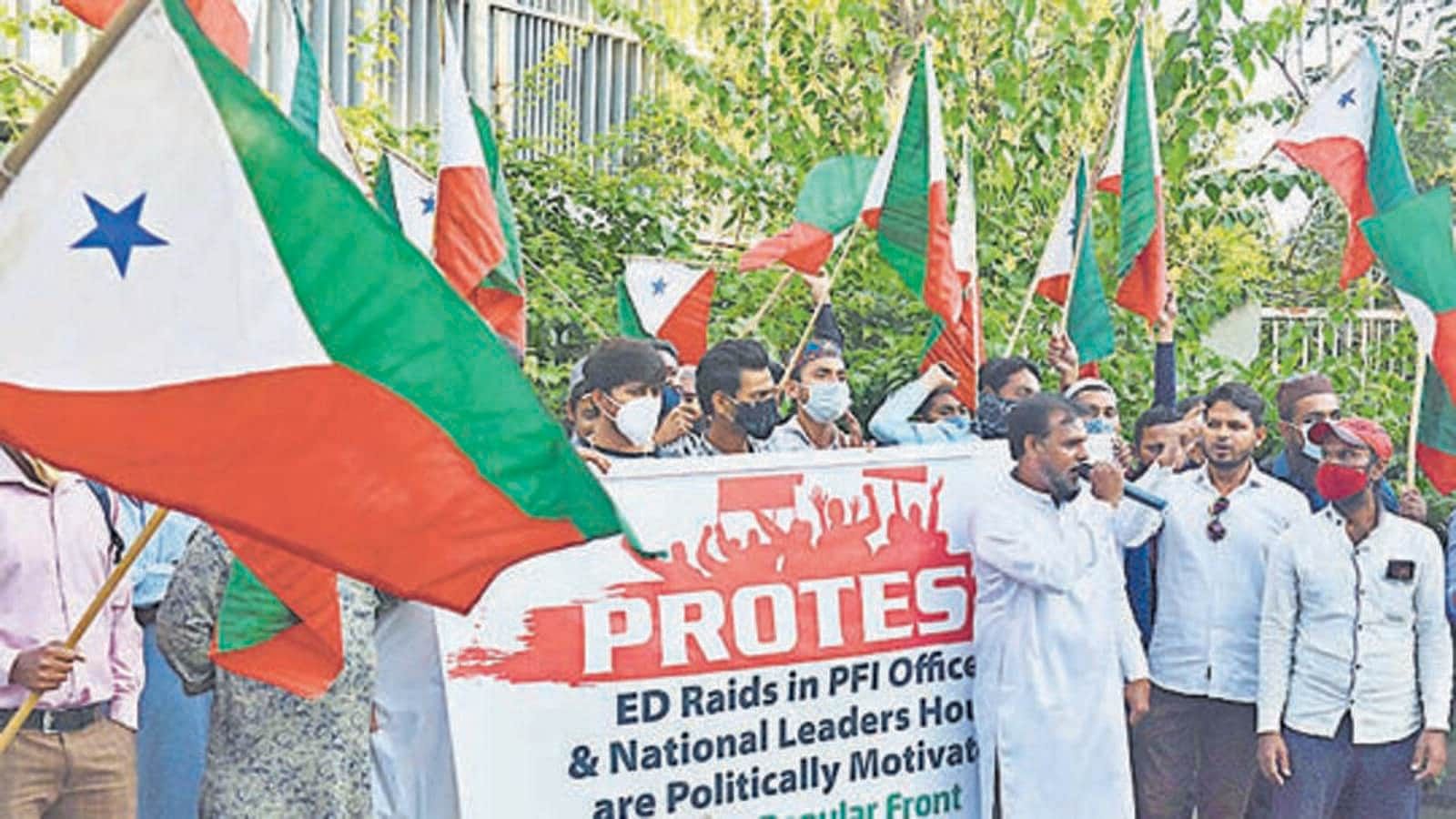