Not being able to travel by local trains due to the pandemic, passengers have been making representations to the government through emails, letters and even physical meetings with the authorities. With no solution in sight, passenger associations have now planned to wear black bands and protest outside railway stations.

The associations have demanded gradual opening up of local train travel to more categories of people. Meanwhile, the Indian Railways has put the onus on the state government and local administration. In the next two days, an online meeting between rail passenger associations representing parts of Mumbai, Thane, Navi Mumbai, Vasai-Virar, Kalyan-Dombivali and parts of MMR will take place to finalise the date of the protest.

Madhu Kotian, president of Mumbai Rail Pravasi Sangh, said, “We have filed appeals, had one-to-one meetings, but nothing has moved forward.” He asked if BEST buses are allowed to ferry passengers without standees and even auto-rickshaws and cabs are used for commuting, what is the harm in opening up local trains to more categories of people. “Is there a study done to prove the theory that Covid spread in the second wave was chiefly due to people traveling in local trains?” he questioned.

In this black band protest, members of passenger associations will stand in small batches outside railway stations or even travel by trains. They will stand outside several important railway stations on both the Central and Western Railways. However, details of its implementation will be decided during the online meeting.

“It is high time that more people, at least those from economically backward sections, are allowed. People staying in MMR cannot afford road transport. There is no provision made by the state government to accept our letters outside Mantralaya,” said Nandkumar Deshmukh, president of Federation of Suburban Passengers Association.

Commuter bodies have suggested hourly slots for rail travel, efficient use of QR Code-based Universal Travel Card and permission for those with two doses of vaccination. Railway officials said there are plans to further relax restrictions in local trains, at least for those who are fully vaccinated. However, the decision will be taken by local civic bodies and the state government. The BMC is the nodal agency for the MMR to make final decisions on local trains. 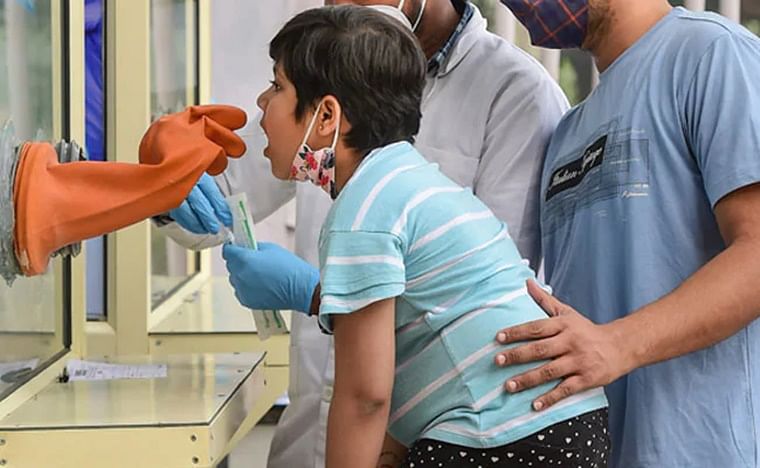