Panvel region to get two air-monitoring stations by November 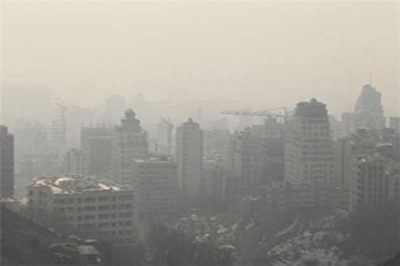 Maharashtra Pollution Control Board (MPCB) has decided to set up a real-time air quality monitoring station at Kalamboli and Taloja industrial area. As per the plan, the air monitoring station is to become operational by November this year. The pollution control body is expected to spend around Rs 3 crores on it.

The FPJ had reported in March 2021, that the MPCB is planning to set up an air quality monitoring station at two places in the Panvel area. Even Bhagwan Keshbhat, founder of Waatavaran Foundation, an NGO working on the environment had confirmed the decision. Waatavaran Foundation has been constantly raising the issue of rising health impacts of Air Pollution amongst citizens of Kharghar, Taloja, Panvel city, Kalamboli.

An official from the Navi Mumbai unit of MPCB informed that each air monitoring station will be set up in Kalamboli which is a residential area and Taloja industrial area. “The cost of each station will be around Rs 1.5 crores and the total cost will be Rs 3 crores,” said the official.

In March 2021, in an RTI reply, the MPCB had confirmed that they received a No Objection Certificate (NOC) from Panvel Municipal Corporation to install Continuous Ambient Air Quality Monitoring Stations (CAAQMS) at Kalamboli.

In December 2020, Waatavaran released a one-month long study that revealed that the PM 2.5 levels were highest during early morning hours as well as facts like residents from Kharghar-Taloja-Panvel were breathing polluted air for 17 hours every day.

In January 2021 Waatavaran installed a giant pair of faux lungs at a busy junction in Kharghar, which turned dark black from chalk-white in just 10 days. Several elected representatives Panvel MLA Prashant Thakur as well as Mayor of Panvel Municipal Corporation, Dr Kavita Choutmal had visited the lungs billboard and understood the impact of rising air pollution. Maharashtra: NHRC calls for report after suicide in Taloja prison