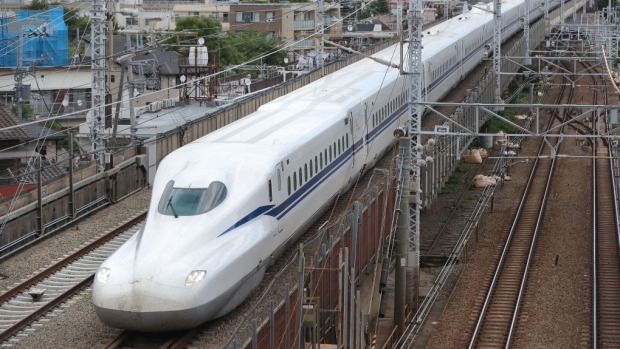 A representative image of bullet train |

A proposal to pay additional compensation for speeding up land acquisition for the Ahmedabad-Mumbai Bullet Train project in Palghar has been approved, a senior official said on Wednesday.

The district lies north of Mumbai, bordering Gujarat. District Collector Dr Manik Gursal said he had suggested that an additional 25 per cent sum be paid over and above the compensation award to those who consent to give land for the project.

The Prime Minister’s Office accepted the proposal within two weeks of its submission, he said.

Gursal also shared a letter received from the National High Speed Rail Corporation Ltd, which is executing the project.

The proposal for payment of additional compensation of 25 per cent over the compensation as “consent bonus” has been reviewed and approved by the “competent authority”, the letter said.

A total of 150 hectares of land is needed for the project in the district, of which 30 hectares have been acquired, Gursal said.