The deceased was allegedly in an inebriated state when the incident occurred near Sanman Restaurant at around 9:30 pm
Suresh Golani 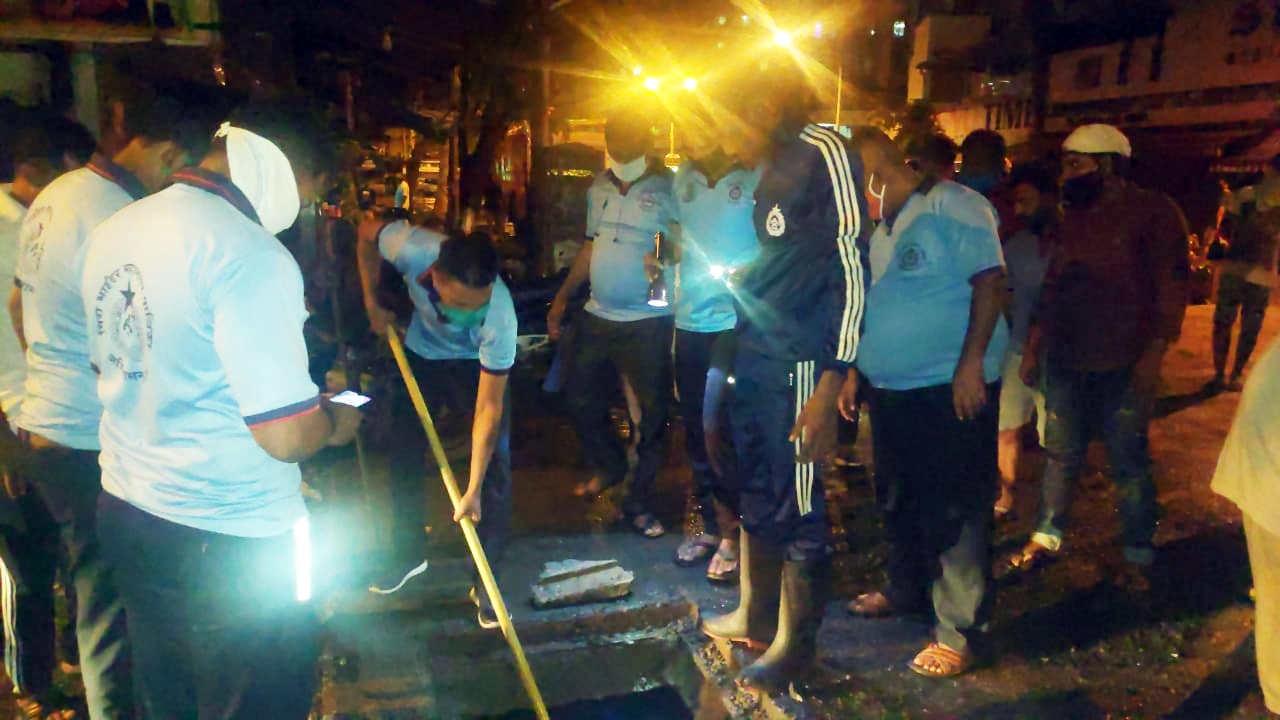 Fire Brigade trying to pull out the victim. | Suresh Golani

Mira-Bhayandar: If you are walking on the streets or by-lanes of Mira Road, be very watchful as one careless step can lead you to a free fall down the open manholes.

In yet another incident which exposes the negligence of the Mira Bhayandar Municipal Corporation (MBMC), a youth died after falling into an open manhole in the Sheetal Nagar area of Mira Road on Friday night. The deceased has been identified as Shehzaad, a painter.

It has been reported that the deceased was allegedly in an inebriated state when the incident occurred near Sanman Restaurant at around 9:30 pm. However, locals blamed gross negligence by the civic administration for the tragedy as it could have been anyone including senior citizens or children who may have met with the same fate due to missing cover on the newly constructed drain- especially during the ongoing monsoon.

“As of now we have registered a case of accidental death and sent the body for an autopsy. However, we are conducting a detailed probe into the incident. Those found guilty of negligence will be taken to task,” said Senior Police Inspector Sandip Kadam. –Suresh Golani

When contacted a junior engineer attached to the Public Works Department (PWD) of the MBMC said that a new lid was immediately installed and the process was on to issue notices to the contractor.

“Apart from filing FIR’s for causing death due to negligence against the concerned officer and contractor, the family of the deceased should be compensated.” said a social activist.

There are around 14,000 manholes in the twin-city, however several either lidless or have broken covers. Despite witnessing a number of accidental deaths involving open and broken manholes in the twin-city, the civic administration and private contractors seem to be doing precious little to seal these yawning death traps. While the PWD handles the job, the onus of day-to-day supervision and keeping track of the lids on manholes rests on the shoulders of the ward officer and the sanitary inspector.