HomeMumbaiOne year since Cordelia Cruise drug bust case: When Aryan Khan spent over 25 days behind bars; timeline of the case

One year since Cordelia Cruise drug bust case: When Aryan Khan spent over 25 days behind bars; timeline of the case

The NCB arrested Aryan on October 2, 2021 following a raid on a cruise ship en route to Goa from Mumbai.

The much hyped case by the Narcotics Control Bureau (NCB) in 2021 wherein it arrested Aryan Khan, son of Bollywood actor Shahrukh Khan, in a Cordelia Cruise drug bust case, backfired on then zonal director Samer Wankhede.

However, for the over zealousness of the officers of the NCB, Aryan had to spend over 25 days behind bars before securing bail from the Bombay High Court. Finally, he was given a clean chit by the Special Investigation Team (SIT), comprising officers of the Delhi NCB, due to lack of evidence.

The NCB arrested Aryan on October 2, 2021 following a raid on a cruise ship en route to Goa from Mumbai. Khan was arrested from the terminal to the cruise. He was arrested on charges of attempting consumption of drugs, possession, abetment and conspiracy of the Narcotic Drugs and Psychotropic Substances (NDPS) Act.

The NCB claimed to have seized 13 grams of cocaine, 5 grams of mephedrone MD, 21 gram charas and 22 pills of MDMA ecstasy.

Aryan’s bail application was first rejected by Additional Chief Metropolitan Magistrate RM Nerlikar saying that it was not maintainable as only the special court of sessions was entitled to hear the bail plea. The special too rejected his bail plea on October 20.

He was finally granted bail by the Bombay High Court on October 28, 2021, which said that there was “nothing objectionable” in the WhatsApp chat extracted from his phone. Besides, the HC also said that there was no evidence to show that Aryan and co-accused Arbaz Merchant and Munmun Dhamecha hatched any conspiracy to commit drug offences.

After Aryan’s arrest, incarcerated then state minister Nawab Malik had made several allegations against Wankheded and his family for which the officer’s father had filed a defamation suit before the Bombay High Court.

Finally on May 27 this year, the SIT gave him a clean chit in the nearly 6,000 pages chargesheet submitted before the Special Judge under the Narcotic Drugs and Psychotropic Substances (NDPS) Act. In the chargesheet, the SIT implicated 14 of the 20 accused while 6 accused including Khan are not being proceeded against due to lack of evidence. Those given clean chit to five others who were arrested in the case – Avin Shahu, Gopal ji Anand, Samir Saighan, Bhaskar Aroda and Manav Singha.

The SIT gave a clean chit to Aryan stating that no evidence was found during investigation that Aryan was a part of a drugs conspiracy in the cruise party. Aryan was not in possession of any drugs and also he was not taken for a medical test, which would show whether he had consumed any drugs.

Besides, the SIT found there were several irregularities while conducting the raid on the cruise and there was no video recording of the raid, as is required by the law.

The advocate also said that the drugs recovered from multiple accused in the case were shown as single recovery which was not in accordance to the NDPS manual.

October 2, 2021: Aryan was detained by the NCB after it raided a cruise party.

October 3: Aryan, his friend Arbaaz Merchant, Munmun Dhamecha were arrested by the NCB. A total of 20 people were arrested in connection with the case.

Oct 8: A metropolitan magistrate's court rejects Aryan's bail and sends him to judicial custody. He and other accused are then taken to Arthur Road Prison.

Oct 14: Aryan and other accused shifted to general barracks after quarantine period ends.

Oct 15: Aryan speaks to his parents over a video call from Arthur Road jail. He also received Rs 4,500 through money order sent by his father.

Oct 29: The Bombay High Court directs Aryan’s released on a personal bond of Rs one lakh with one or two sureties of the same amount.

Nov 12: Aryan appears before the SIT to record his statement.

Nov 20: Bombay High Court issues detailed bail order observing it did not find any positive evidence against Aryan to show that he had conspired to commit an offense.

Dec 15, 2021: The Bombay High Court exempts Aryan from his weekly appearance before the NCB, Mumbai office.

March 31: A special court grants 60 days extension to the NCB to file a charge sheet.

May 27, 2022: The chargesheet was filed by the NCB in which Aryan Khan was given a clean chit. 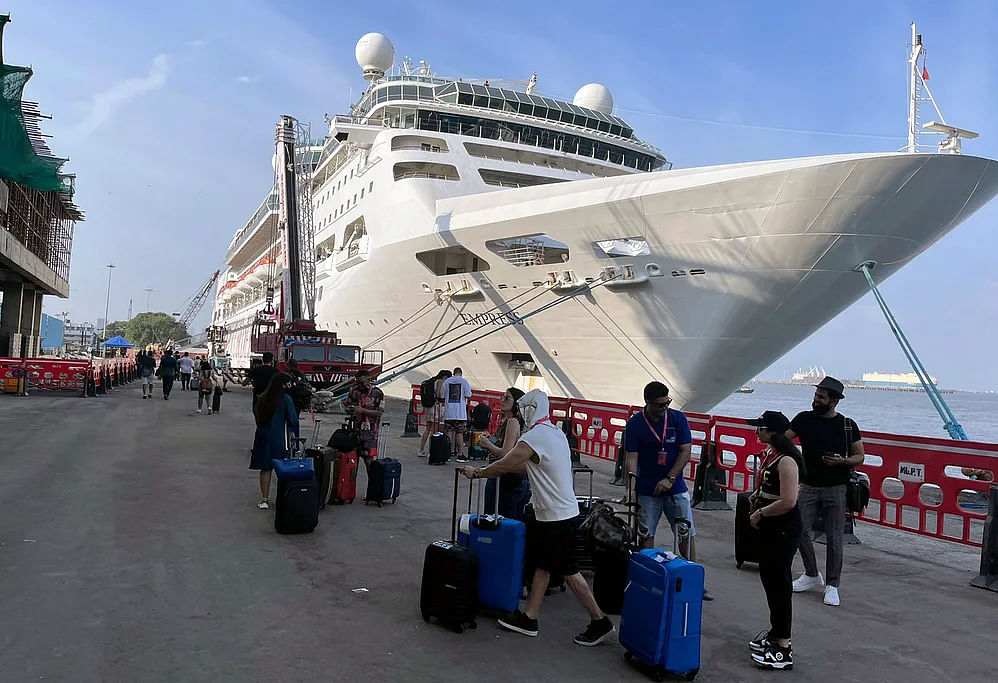