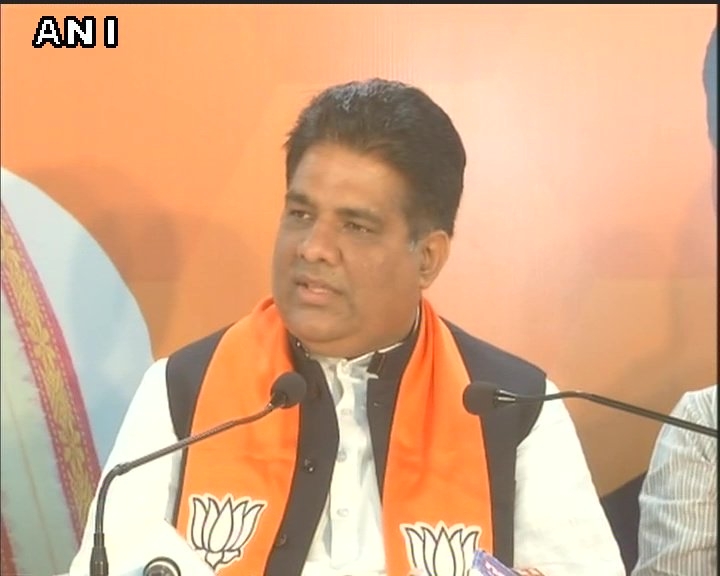 New Delhi: Bharatiya Janata Party's Maharashtra in-charge for elections and the party's General Secretary, Bhupender Yadav on Monday said that there has been no discussions on allocation of the post of deputy chief minister's post with the party's ally Shiv Sena and that prerogative of the decision lies with Maharashtra Chief Minister Devendra Fadnavis.

Speaking to ANI, Yadav said there has been no official discussion on the post of deputy chief minister with Shiv Sena.

"The decision is a prerogative of Devendra Fadnavis who is our chief ministerial candidate and not of anyone else, " he said claiming that BJP-Shiv Sena alliance will win the assembly polls in Maharashtra with a three-fourth majority.

The statement assumes significance as the two NDA allies were at loggerheads even days ahead of the Assembly polls over the issue of seat-sharing and post of Chief Minister and Deputy Chief Minister if voted to power.

BJP and Shiv Sena had in 2014 contested the Assembly polls individually and only came together this year ahead of the Lok Sabha polls.

Yadav said that the two came together this time to work for the betterment of the state.

"Our physics and mathematics all match including the ideology. We both care for the development of Maharashtra. For a strong alliance, discussions were held under the leadership of central leadership. The foundation of the alliance was Prime Minister Narendra Modi's efforts to build the nation stronger and Shiv Sena also knows that together we can fight the outside forces better," he said.

The results for the Assembly polls are scheduled to be declared on October 24.

The senior leader also lauded Shiv Sena scion Aditya Thackeray's attempt at seeking to get elected to the Assembly, the first from the Thackeray family to do so.

"It is a good sign that shows that people's trust in democracy is growing stronger. Aditya is leading Shiv Sena and to decide who will lead it and how is entirely up to Shiv Sena," he added.

On the role of allies in NDA, Yadav reiterated PM's slogan - National Ambition and Regional Aspirations.

The BJP leader also rubbished claims that the senior BJP leader and union minister Nitin Gadkari was left out of the ticket distribution. "This is entirely incorrect. The process had seen full participation of all members including Gadkari. Every allegation is baseless," he said.

Yadav elicited confidence that Fadnavis would be re-elected as the chief minister of the state after successful five-year tenure and would repeat the tenure as he has governed with full transparency. "He has begun few tasks while in his five-year tenure and will need to complete those in another term. These are in fields of irrigation, roads and metro in Pune," he said.