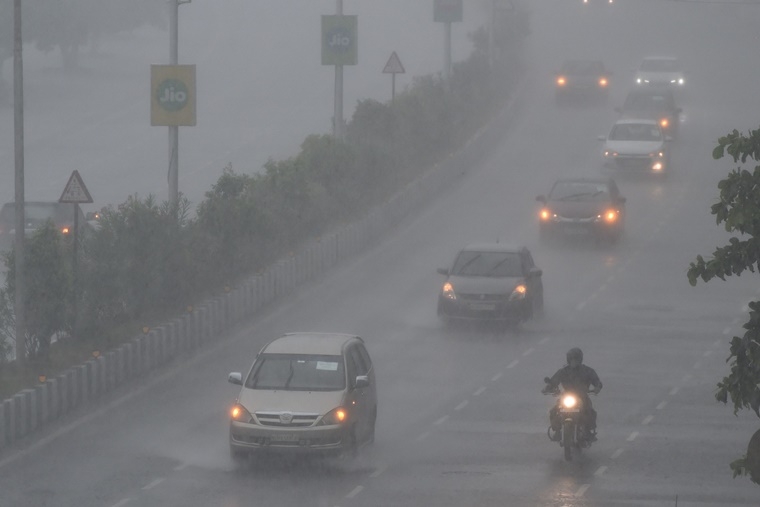 The southwest monsoon set in over several part of Maharashtra, leading to heavy rainfall in Navi Mumbai, Thane and Mumbai on Wednesday.

The south-west monsoon arrived in Mumbai on Wednesday, the IMD announced as heavy rains lashed the country's financial capital and suburbs since early morning. Water-logging was reported in some low-lying areas leading to disruption in local train services.

According to IMD, monsoon is likely to advance into more parts of Telangana and Andhra Pradesh, some parts of Odisha and more parts of West Bengal during the next two days. “Monsoon has arrived in Mumbai. Normal arrival date is June 10 every year, so it has arrived prior to the average arrival date,” said Dr Jayanta Sarkar, deputy director general (DDG), IMD Mumbai.

Mumbai has been receiving rainfall since Tuesday night. The India Meteorological Department (IMD) recorded rainfall in Santacruz at 50.4 mm and in Colaba at 65.4 mm.

Earlier on Monday, IMD warned of heavy rains during four days from June 9 to 12 in all districts in the Konkan, including the Mumbai metropolitan areas.