MIDC’s Fire department officials informed that the fire-fighting has been completed. However, the cooling process is underway and it will continue tonight

While cooling operations are still underway at the Khairane MIDC fire site in Navi Mumbai, the bodies of two workers were recovered on Saturday morning, one of which was found on the terrace and the other on the second floor of the industrial unit.

The MIDC’s fire department officials informed that fire-fighting was complete but the cooling process will continue at least through Saturday night.

The bodies recovered from the fire site were identified as those of Sukumaran Nair, 65, and Nikhil Pasilkar, 25. The deceased were workers at the industrial unit. While Nair died of suffocation on the terrace of the ground plus three-storey building, the charred body of Pasilkar was found on the second floor. Around 12 persons were rescued soon after the fire broke out, by the Koparkhairane fire unit.

MIDC fire department officer R B Patil said that the fire broke out first at the West Coast Polychem Private limited, a chemical factory located at Plot No. 775 in the TTC Industrial Area in Khairane MIDC and it spread to three other adjoining units, including Hind Elastomers Private Limited. Both West Coast and Hind Elastomers were involved in rubber processing. Patil said that this made the task of firefighting challenging, as the fire spread even after dousing due to the presence of large quantities of rubber on the premises.

A total of 20 fire engines from the MIDC, CIDCO, NMMC, Thane, Badlapur, and Kalyan were pressed into service. It was Saturday morning by the time the fire was brought under control and the two bodies were recovered. However, in this time, four industrial units were gutted in the fire. “The fire quickly spread to other industrial units after chemicals stored in the drums were blasted,” said the fire officer.

Another senior officer from the MIDC fire unit said that there were violations in using the marginal space and the fire-fighting system of the industrial unit was also non-functional. “The delay in response by the industrial unit led the fire spreading to other adjoining units,” said the officer. 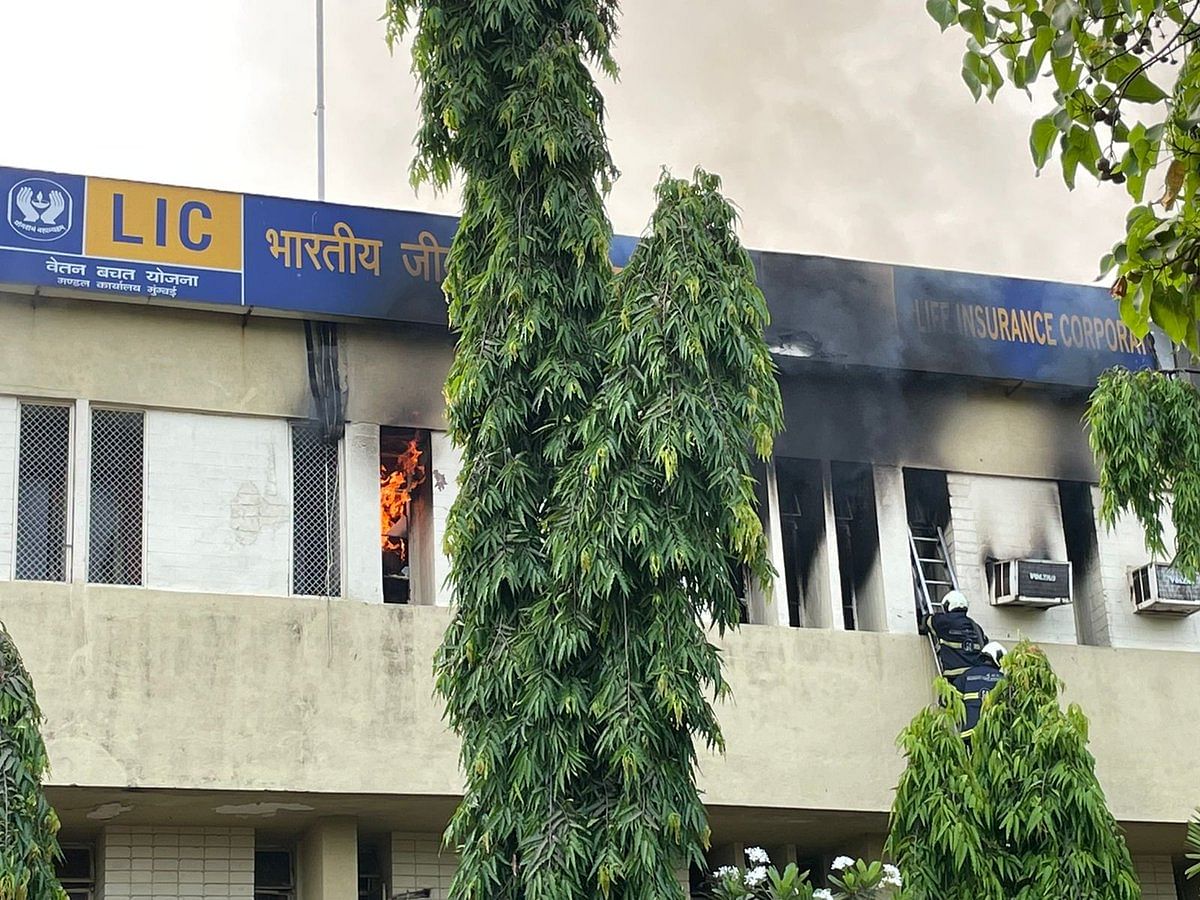 Fire breaks out at LIC office building in Mumbai's Vile Parle; no injuries