A woman in her late teens was lying down on the tracks near Vashi station, when motorman Prashant Konnur spotted her and immediately applied brakes to stop the train, he said.

Mumbai: A motorman of a suburban train foiled a woman's suicide bid near Vashi station in Navi Mumbai on Tuesday, an official from the Central Railway said.

A woman in her late teens was lying down on the tracks near Vashi station, when Motorman Prashant Konnur spotted her and immediately applied brakes to stop the train, he said.

Applied brakes to train running with speed of 40-60 kmph

According to another official, the train had gained the speed of 40-60 kmph, but Konnur, who has been in service for about 20 years, noticed the unusual movement of the woman and immediately applied brakes.

The train's bull guard almost touched the woman when the train stop, but the she was unhurt. Once the train halted, Konnur alighted and rescued her from the tracks, the official said.

The woman had allegedly attempted suicide. But the motorman tried to calm her and helped her board the first compartment next to his cabin, he said.

According to railway officials, the train was delayed by a few minutes when it reached Mankhurd station. Konnur again met the woman to check if she was alright, before starting the train from the station.

Saved by an inch

As per Motorman, women was saved by an inch. "There was hardly any gap between head of local train and the woman on track" said moterman adding that after seeing the women imidiatly applied the emergency brake.

At Mankhurd station, the woman was again counselled by the railways authorities and then allowed to go home after completing the procedure. 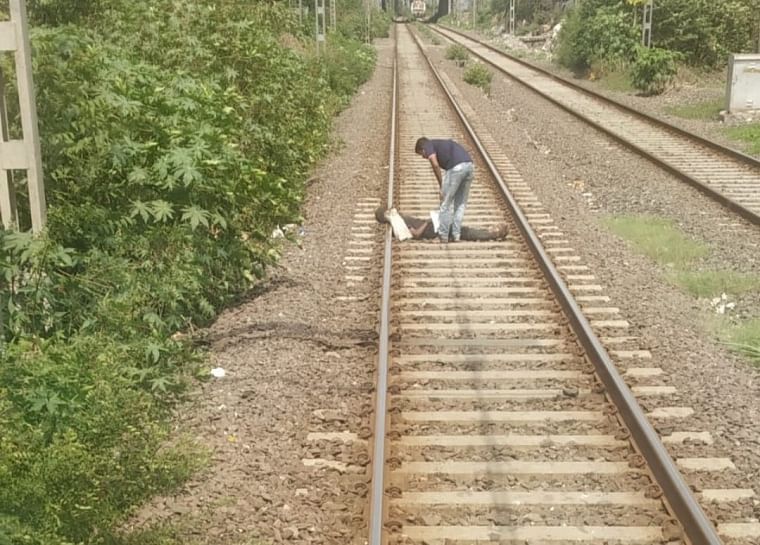