Violence in Mumbai and other parts of state
Sanjay Jog 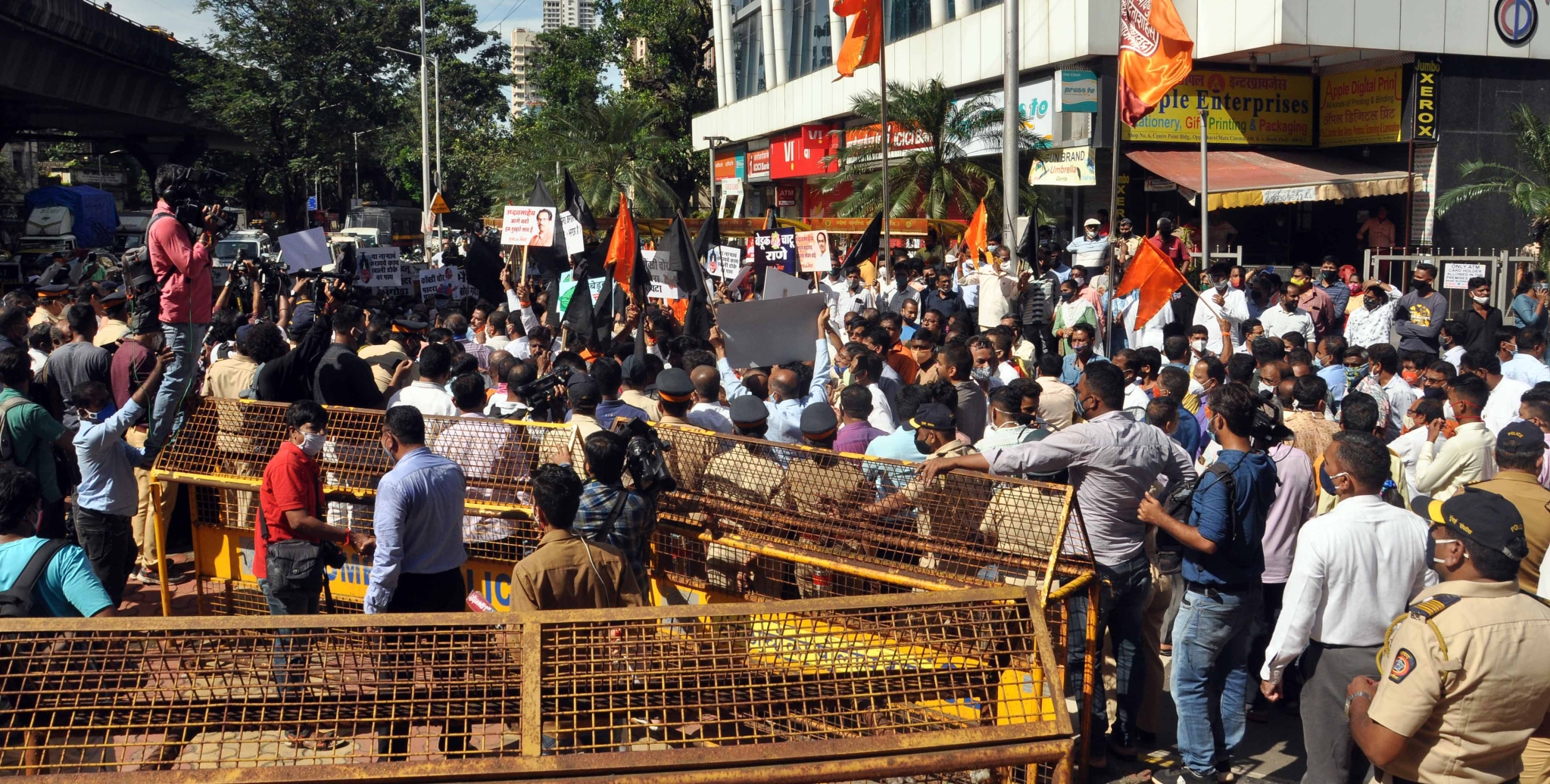 The Shiv Sena and the BJP workers were at each other’s throat following Narayan Rane’s “slap Uddhav” comment. Violence spilled onto the streets of Mumbai and other parts of the state as Shiv Sainiks, including the Yuva Sena men, clashed with the BJP workers outside Rane’s bungalow in Juhu.

The police had to resort to a lathi charge even as traffic was blocked due to the clash and all Covid-19 protocols were thrown into the garbage bin. Clashes were reported in other parts of the state as well. In Nashik and Nagpur, the Shiv Sena workers pelted stones at the BJP offices. In Chiplun, Sena workers tore posters of Rane and warned that he will not be allowed to hold any public event.

Sena workers also held protests in Thane, Raigad, Pune, Ratnagiri, and other towns, waving black flags, raising anti-Rane slogans, and demanding his sacking from the Union Cabinet. Rane’s son and BJP MLA Nitesh, in a tweet, had challenged the Yuva Sena activists to march to the family residence in Juhu, saying they will get a befitting reply. However, Nitesh skipped wasn’t seen when the Yuva Sena activists camped outside the Rane house in Mumbai.

Meanwhile, the Shiv Sena's youth wing leader, Varun Sardesai, asked whether senior BJP leaders “approved of the language used by Rane against Thackeray”. “Is this the same BJP of Vajpayee or Advani? They should come clean on it,” said Sardesai, cousin of Aaditya Thackeray. He also said the party did not ask anyone to gather outside Rane's residence in Mumbai. State agriculture minister and Shiv Sena leader, Dada Bhuse, said, “Rane seems to be sick and needs some medical attention. The BJP, in its dirty politics, is playing with the lives of people.”

Meanwhile, Shiv Sena MP Vinayak Raut in a letter to PM Narendra Modi, urged him to sack Rane from the Cabinet. Raut said it was beyond his comprehension what message Rane will give to the society when he himself was using such un-parliamentary language. “It is also an insult to the prime minister of the country,” Raut said in the letter.