HomeMumbaiMumbai: Wife and lover held after man dies of poisoning

The Crime Branch of the Mumbai Police has arrested a 45-year-old Santa Cruz woman and her lover for allegedly killing her husband by spiking his food with poisons over a period of time.

Mumbai: The Crime Branch of the Mumbai Police has arrested a 45-year-old Santa Cruz woman and her lover for allegedly killing her husband by spiking his food with poisons over a period of time.

According to the police, Ms Shah had been administering arsenic and thallium, both poisons, in the meals of Mr Shah who was admitted to an Andheri hospital in September after he fell sick.

When his condition did not improve he was admitted to Bombay Hospital on Sep 3. Mr Shah died on Sep 19. When a heavy-metal check was performed, doctors found excessive arsenic and thallium in the body.

The hospital then informed the Azad Maidan police station where a case was lodged and transferred to the Santa Cruz police station. Thereafter it was assigned to Unit 9 of the Crime Branch.

The Crime Branch discovered that Ms Shah and Mr Jain were close. Statements of Mr Shah's family members also pointed the needle of suspicion at them.

A relative told the police that Mr and Ms Shah had married in 2002 and had a son and daughter. Some years ago, they started quarrelling over small matters. When the family called a reconciliation meeting, she sought a divorce. She also allegedly insisted on having Mr Jain at the meeting though he was not a member of the family.

The relative said that when Mr Shah was admitted to hospital, Ms Shah did not seem worried.

The police also learnt in the course of their probe that the suspects had conducted some research on the internet into arsenic and thallium, and the wife had begun mixing them with Mr Shah’s food from June 15.

"We have arrested both and are ascertaining from where they got the arsenic and thallium," the officer said. 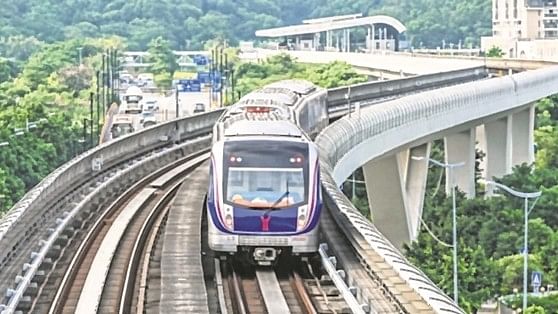 Mumbai: 7 booked for duping jeweller of gold worth Rs 12.31 Cr