A huge rock rolled off a hill, broke the safety net and stormed into a house at Chembur at 4 am on Sunday, injuring two youngsters. The local police have said that the incident was completely avoidable as several warnings and notices were served to the residents regarding the danger-prone area and the unauthorised building of houses. 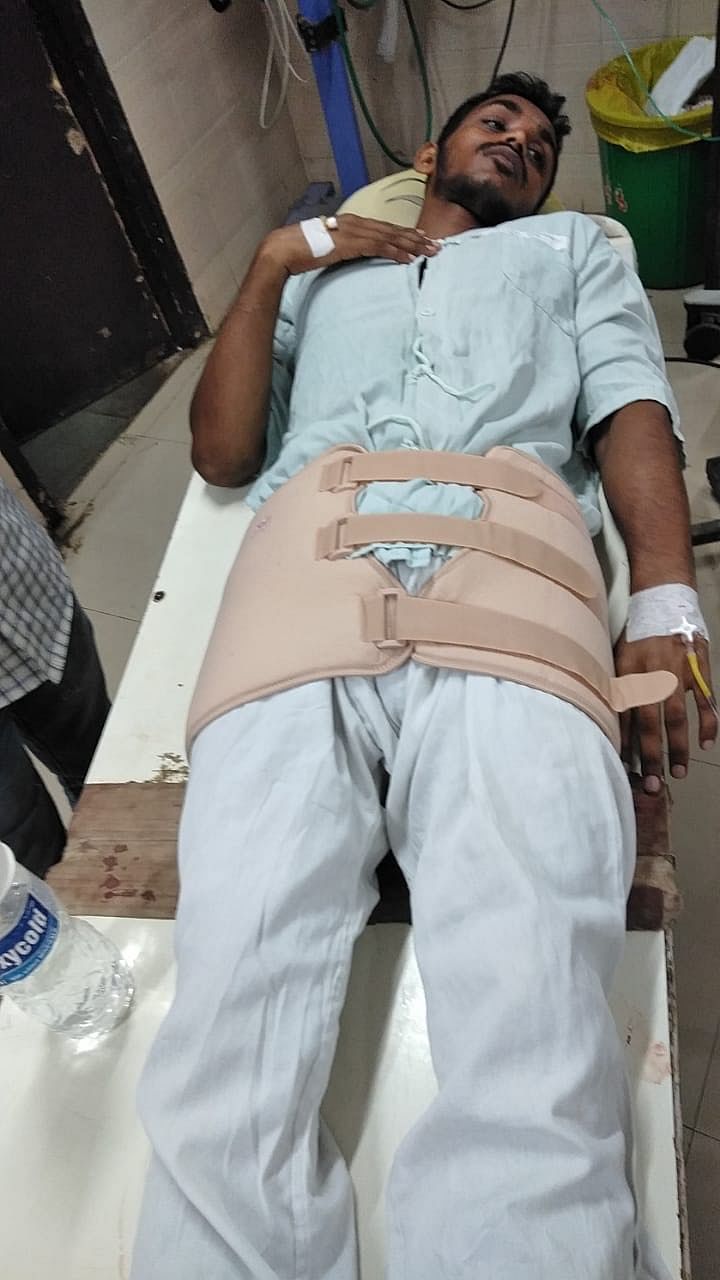 "Bharat Nagar area is a slum area where all the houses are situated around a hill. There is a safety wall around the hill to avoid such incidents but the rock broke the safety net and stormed into the Prajapati family’s house early morning. The rock broke the wall of the house and entered inside, injuring the two youngsters,” said a local resident, Pramod Shinde, Vibhag Adhyaksha, Shivsena.

“After they were admitted to the hospital, I along with the local ex-corporator Nidhi Shinde went to the hospital to check on the injured,” added Shinde.

Explaining how the incident could’ve been avoided, Senior Police Inspector, RCF police station, Balasaheb Ghavate, said, “This incident was completely avoidable as the area where these people are staying is declared as a dangerous area due to landslides and the houses built there are unauthorised. Those people have been given notices for evacuation by the BMC around 20 days back before monsoon and there have been several warning announcements made, but they did not listen to anyone.”

“Fortunately, the two injured are out of danger, one of them has been discharged and the other one is admitted to Sion hospital. However, the residents of this area, for their own safety should shift someplace else soon,” added the official.

Describing the incident and his sons injuries, Ashok Prajapati, said, “It was 4 am in the morning when the rock suddenly broke into our home, we all were fast asleep. Both my sons were sleeping near the door and got badly injured. We rushed them to the hospital and I’ve been here since morning. There hasn’t been major destruction of property but the boys got injured. The younger one fractured his arm, got it plastered and was sent home, but the elder one has sustained more injuries on his legs and groin area.”

The elder sibling who got injured, Arvind Prajapati, said, “It was very sudden and I have been in pain since morning due to the injuries but after some medications, I am feeling better now. Such incidents usually happen on the other side of our area but I have experienced it for the first time on our side, which happened due to the rains.”