Three men, including a minor, were apprehended by Oshiwara Police with possession of high quality drugs and booked under relevant sections of the Narcotics Control and Psychotropic Substance (NDPS) Act. Police sources claimed that large quantities of premium quality ganja was seized from them.

According to police, they had received a tip-off that a man was to sell contraband in Jogeshwari-Andheri area and was to arrive at Lokhandwala on Thursday night. Subsequently, a trap was laid and a man, matching the description, arrived in his four wheeler. When police intercepted him, they found 31 grams of high quality American hybrid cannabis in his possession and he was accompanied by a 17-year-old minor.

Police investigation revealed that the drugs in 20-year-old Hamza Shabbir Khambatti's possession was premium quality material, which is not made in India and was definitely brought in from the international market. During questioning Khambatti, police learnt that he had procured drugs from a 21-year-old Pranshul Sevak, wherein he was called by Khambatti in a trap. Police seized another 130 grams of high quality drug from his possession.

A police officer said that the premium quality contraband was valued at ₹2,500 per gram, making it a collective worth of ₹4.02 lakh for a total of 161 grams. Police suspect that the trio are a part of a bigger drug syndicate which provided the contraband in Lokhandwala area. While two have been arrested, the minor was sent to a children's home. The duo was produced in a local magistrate court and remanded in police custody. Police said, further probe is underway. 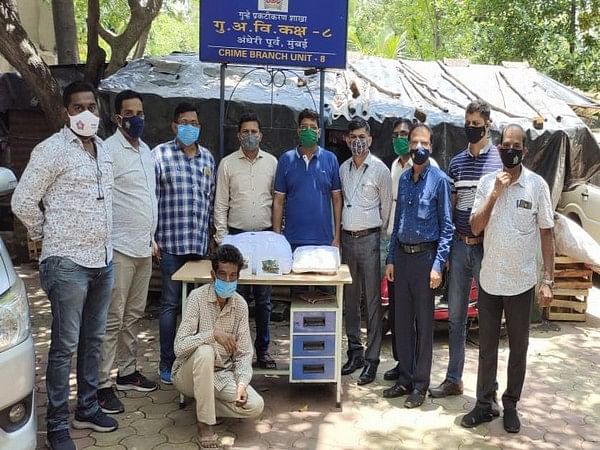